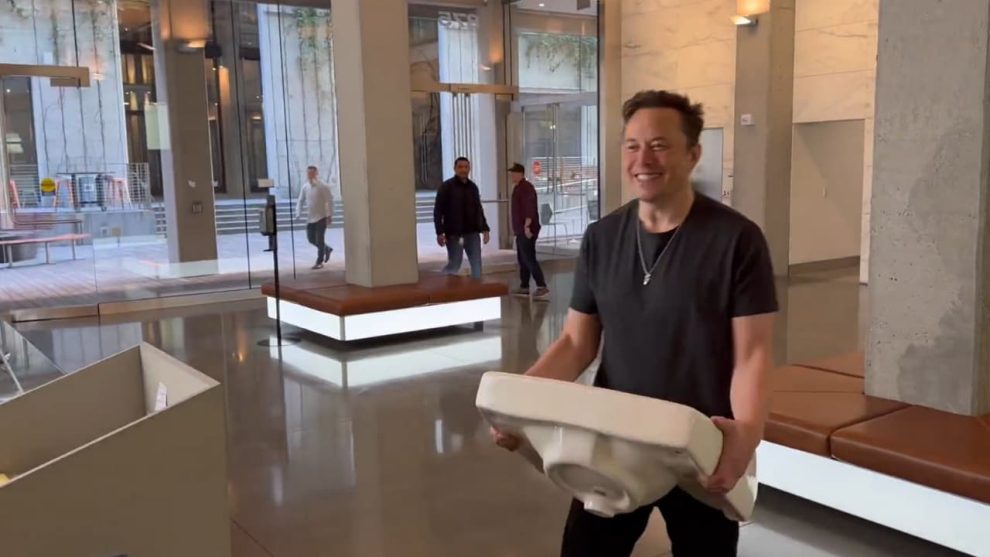 Twitter exploded when its new owner, Elon Musk, tweeted that he was going to reveal the truth about the social media giant’s push to silence the Hunter Biden laptop story in the final weeks of the 2020 election.

What really happened with the Hunter Biden story suppression by Twitter will be published on Twitter at 5pm ET!

The fireworks were delayed a couple of hours as Musk and his team tried to verify some details.

Then Taibbi sent this to the hungry Twitter masses looking for answers:

Twitter took extraordinary steps to suppress the story, removing links and posting warnings that it may be “unsafe.” They even blocked its transmission via direct message, a tool hitherto reserved for extreme cases, e.g. child pornography.

Former White House spokeswoman Kayleigh McEnany was locked out of her Twitter account for sharing the story, which resulted in a nasty email to Twitter from Trump campaign staffer Mike Hahn, who wrote, “at least pretend to care for the next 20 days.”

When Twitter staffers were asked why they were cracking down on the story, someone responded by saying the story violated Twitter’s “hacked materials” policy.

FACT-O-RAMA! Then-CEO of Twitter Jack Dorsey was not involved, according to Taibbi’s tweets, in the decisions to remove the Hunter Biden laptop story from Twitter. Vijaya Gadde played a key role in the decision. She is currently no longer employed by Twitter.

Internal messages show that high-ranking Twitter execs used the “hacking” policy as a reason to squelch the story.

FACT-O-RAMA! Reading this on Twitter is almost impossible as attention-starved people keep interrupting. You can read the entire exchange — without interruptions — here.

Brandon Borrman, former VP of Global Comms, asked, “Can we truthfully claim that this is part of the policy?”

Actually, no. Taibbi’s tweet says it all: “To which former Deputy General Counsel Jim Baker again seems to advise staying the non-course, because ‘caution is warranted.’”

In other words, Twitter “didn’t know” if the Russians were magically able to find a guy who looks just like Hunter Biden, make a bunch of drug-porn videos, and write a bunch of emails to and from people around the world who were happy to give Hunter money for access to his dad.

SCAM-O-RAMA! If you thought Hunter’s laptop was “Russian disinformation,” I’d like to sell you my invisible Nolan Ryan rookie baseball card for a mere $200.

According to Taibbi, Rep. Ro Khanna (D-Calif.) was the only Democrat to express concern about the decision to shut down the laptop story.

A representative from NetChoice then let Twitter know that Republicans were not happy and that the suppression of the laptop story might be a “tipping point.”

Meanwhile, other Democrats pushed for “more moderation,” even going so far as to state that Hillary “did nothing wrong” in her email scandal and claiming, “the First Amendment isn’t absolute.” You know, the same way Biden said, “no amendment is absolute.”

OPINION-O-RAMA! The Amendments to the Constitution are ABSOLUTE. Anyone who disagrees is likely a commie globalist.

Taibbi opened by saying this would be the first installment of information. That means we will see more, hopefully in the not-too-distant future.

Kudos to Elon Musk. He just might preserve our Republic for another 100 years. Expect more updates as they happen.