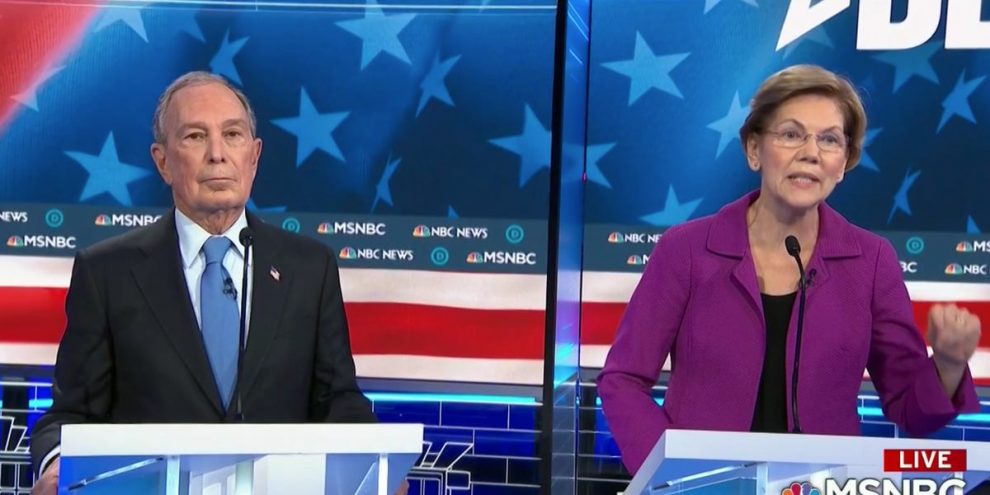 “I’d like to talk about who we’re running against — a billionaire who calls women fat broads and horse-faced lesbians. No, I’m not talking about Donald Trump. I’m talking about Michael Bloomberg,” the Massachusetts senator said.

“Democrats are not going to win if we have the nominee who has a history of hiding his tax returns, of harassing women, and of supporting racist policies like redlining and stop and frisk,” she added.

Reports have surfaced recently where Bloomberg has allegedly made derogatory remarks towards women. ABC reported in December:

And sexist: “If women wanted to be appreciated for their brains, they’d go to the library instead of to Bloomingdales.” And, “I know for a fact that any self-respecting woman who walks past a construction site doesn’t get a whistle will turn around and walk past again and again until she does get one.”

“Look, I’ll support whoever the Democratic nominee is but understand this: Democrats take a huge risk if we just substitute one arrogant billionaire for another,” Warren said.

“It is time to have a president who will be on the side of working families and willing to get out there and fight,” Warren said.