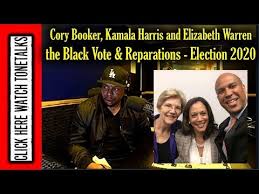 Warren said in an interview with the Times that “we must confront the dark history of slavery and government-sanctioned discrimination in this country that has had many consequences, including undermining the ability of black families to build wealth in America for generations.” She also said that “we need systemic, structural changes to address that.”

Warren did not provide any specifics about what her plan would be, but the Times notes that this is significant given that it’s a policy previous Democratic presidential candidates chose not to support. For instance, Sen. Bernie Sanders (I-Vt.), who recently announced his 2020 bid, was not in favor of reparations in 2016, saying at the time that it would not pass Congress and would be “very divisive.” For that matter, neither was former President Barack Obama or former Secretary of State Hillary Clinton.

See also  Akron Officials Cancel Fourth Of July Celebrations Amid Ongoing Protests For Jayland Walker
→ What are your thoughts? ←
Scroll down to leave a comment: