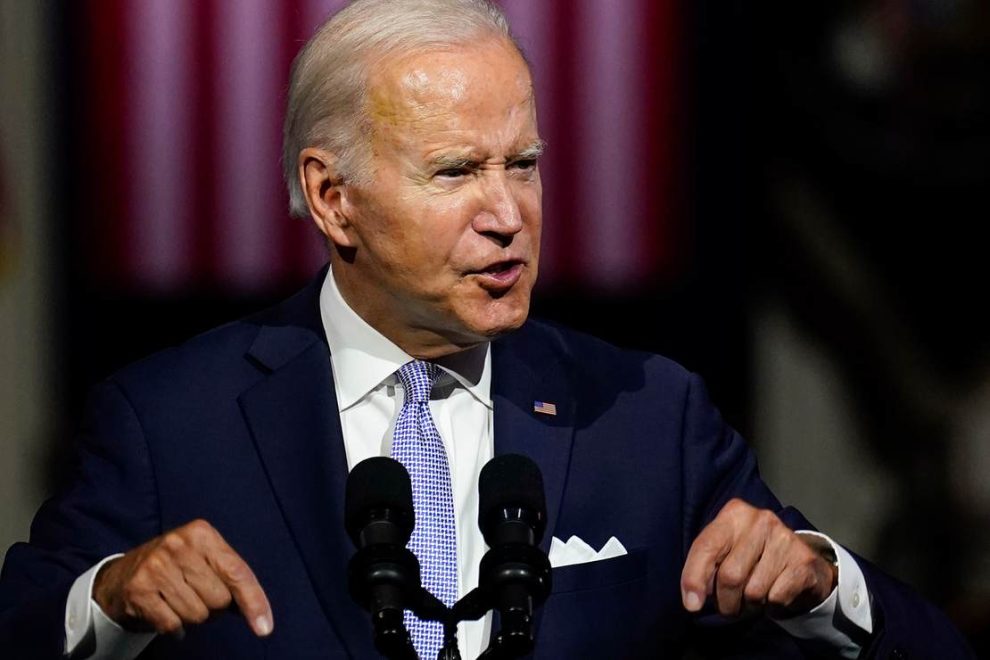 Other than in the last few Morning Briefings of the week, I tried to abstain from any hot takes on the election, the state of democracy, or whether we are all, in fact, sims.

At the beginning of the month, I wrote that I did believe that democracy is being threatened, but the threat is coming from the left. I also issued the following disclaimer, which is necessary every time I opine on this topic:

I am well aware that we don’t live in a democracy, so don’t sprain your wrists scrolling to the comments to correct me. Democracy is, however, the word that those other guys use in this false narrative, so, for simplicity’s sake, it’s what I’ll use in this column.

As I write this on a beautiful Sunday afternoon here in my beloved desert, I’ve had three-and-a-half solid days of post-election rumination. (Wednesday was a bit hazy after my election night deep dive into the potato vodka, so it doesn’t count.) Now that I have the benefit of a little perspective, I have to honestly say that my democracy is less than impressed with the saving it got last week.

In fact, one might even say it’s on life support.

There’s time to correct this situation, but we must be ever cognizant of the fact that the Democrats are always trying to sneak someone into the room to pull the plug.

The Democrats are going to retain slim control of the Senate. Regular readers of mine know that I was never bullish on the Republicans taking it back. Even in the final days when I was getting more optimistic, I was hedging my bets all over the place. At this moment, I wouldn’t hazard a guess at gunpoint about what’s going to happen in the House.

Under normal circumstances, I would have no problem whatsoever with divided control of Congress. The more legislative gridlock on Capitol Hill, the better. Even if the Dems pull the rabbit out of the mail-in ballot hat and keep the House, the majority will be so weak it’ll be practically nonexistent.

The problem now — and this is where the real threat to democracy comes in — is that we’ve sat by for decades and allowed the executive branch to go rogue and do whatever it wants. There are no checks, there are no balances, there’s just the president bypassing the legislative branch as if it isn’t there. It’s a truly bipartisan failure, as each party doesn’t mind it happening when the president is from its party. Most of the blame is on the members of Congress, who have lazily abdicated responsibility and allowed this to happen for so long that it seems as if we may never be able to stop it.

That’s brought us to the point where we have a senile vegetable in the Oval Office who is being handled by a cabal that’s driven by extreme leftist fringe interests. These people wake up every morning bright and early thinking of new ways to get their puppet president to shred the United States Constitution.

In case you missed it, President LOLEightyonemillion is feeling pretty frisky after last Tuesday. Robert wrote on Friday that Ol’ Gropes has vowed to not change a thing now that the red wave didn’t make it to shore.

That means that his handlers have free rein to continue the executive abuses of power we’ve been suffering under since January of last year. In September I wondered how long the country could survive a rogue Justice Department and an attorney general hell-bent on revenge. Well, boys and girls, we’re about to find out.

It’s not just the Biden administration that’s ready to flex. Ryan has a post about Sen. Ed Markey of Massachusetts threatening Elon Musk with congressional action because Musk mocked him in a tweet.

Nothing unhinged about that at all.

So, yeah, democracy as I define it is feeling a little uneasy these days. It was up to the Republicans to ride in and save it and they didn’t even bother to show up.

But that’s a topic for another column.

For now, post some people at the hospital room door and at democracy’s bedside and make sure that no Democrats get their filthy commie paws on that plug.