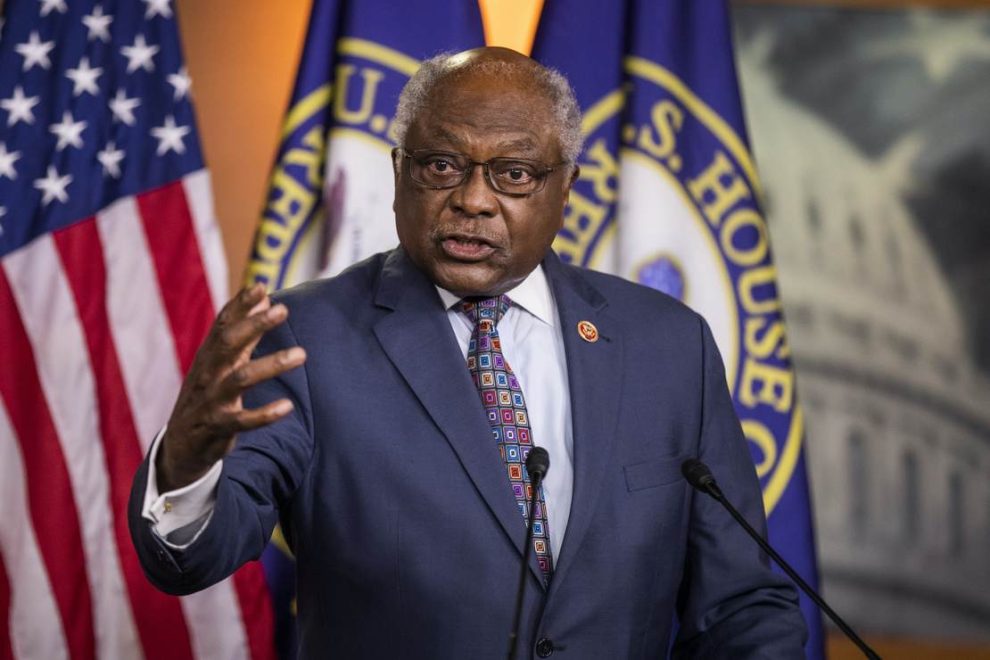 Outgoing House Speaker Nancy Pelosi believes it’s time for a new generation of Democrats to take over leadership in the party, but House Majority Whip Jim Clyburn (D-S.C.) isn’t about to give up his position.

“I’ve always said there is a healthy respect — it’s biblical with me — we need to have a healthy blend of strength and knowledge,” Clyburn told CBS News Face the Nation host Margaret Brennan. “And look at leadership: the South is left out of it. And what I’m doing is trying to make sure that we do not tilt too far to the east or too far to the west, but maintain what we have here.”

He added, “There’s no other southerner among the leadership, and we need the South.”

Whether that’s the real reason Clyburn won’t give up his position, I can’t say, but Clyburn’s refusal to relinquish his leadership spot gives me the opportunity to point out, as Karl Rove noted in a September op-ed in the Wall Street Journal, that Clyburn is one of the most prominent election deniers in the Democratic Party.

Rove pointed out that Clyburn “was one of 31 Democratic House members who voted on Jan. 6, 2005, to object to awarding Ohio’s electoral votes to President George W. Bush, despite Mr. Bush winning the Buckeye State by 118,601 votes. Flipping Ohio would have made John Kerry president by a 271-266 Electoral College vote.”

Of course, that doesn’t mean he’ll be the lone election denier in Democrat leadership.

House Democratic Conference Chair Hakeem Jeffries (D-N.Y.), who is widely expected to be the next House Democrat leader, is also an election denier. Jeffries is one of many Democrats who falsely claimed that Trump was illegitimately elected president in 2016.

The more we learn about 2016 election the more ILLEGITIMATE it becomes. America deserves to know whether we have a FAKE President in the Oval Office #RussianInterference https://t.co/x3BHO5CPIm