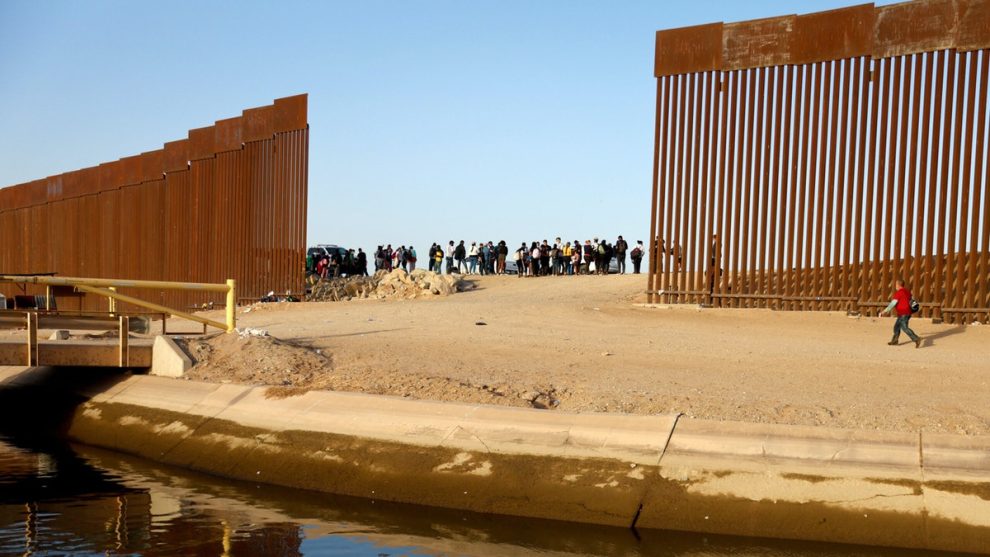 Officials in the City of El Paso, Texas have declared a state of emergency as border crossings have overwhelmed law enforcement personnel.

Mayor Oscar Leeser announced the state of emergency during a press conference Saturday, saying he could no longer keep residents safe.

“I said from the beginning that I would call it when I felt that either our asylum seekers or community were not safe,” Leeser said, according to KFOX14.

El Paso, a town located along the U.S.-Mexico border, continues to witness an influx of migrants into its community. It is also expecting a surge of migrants when Title 42, a Trump-era immigration policy that reduced the number of asylum seekers the U.S. would allow under the COVID pandemic, expires on Dec. 21.

“That’s not the way we want to treat people and by calling a state of an emergency it gives us the ability today to be able to do what we couldn’t do until we called it,” Leeser added.

With the emergency declaration, Leeser is requesting additional resources and support from the state.

The request includes asking for support in staffing for feeding and housing migrants, resources to transport the migrants into other cities, and additional law enforcement personnel to help ensure the safety of residents and the migrants.

In recent weeks, Leeser and El Paso County Judge Ricardo Samaniego said they did not see a need to declare a state of emergency.

The officials also did not want to concede control of city facilities to Gov. Greg Abbott, who later assured them that he would only take action after speaking with the mayor’s office.

President Joe Biden has chosen not to continue the Title 42 rules and courts have allowed them to expire. Nineteen Republican states, including Texas, have sued to keep the rules in place.

The city council will have a change to ratify the declaration, which will remain in effect for seven days.