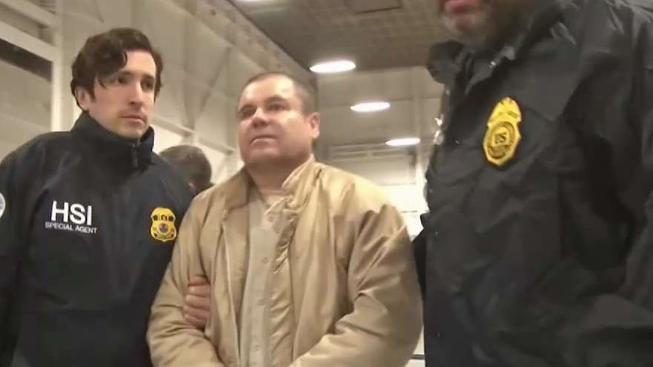 NEW YORK —  In just-released U.S. government footage, the Mexican drug billionaire is seen teary-eyed and scared after his arrival in New York in January 2017.

Joaquin Guzman Loera, now 61, looked frightened and deflated—even wiping a tear from one eye—after being seated inside a hangar at MacArthur Airport on Long Island, where he was flown by private jet on Jan. 16, 2017.

His appearance in the video is a far cry from the ruthless drug lord who was talked about during a nearly three-month trial.  Fifty-six witnesses testified, one of them telling the jury he saw an El Chapo rival being tortured, before being buried alive. Another spoke of watching El Chapo shoot two other opponents in the head.

It was recently discovered that El Chapo had paid a 100 million dollar bribe to the previous Mexican President Peno Nieta. I am interested to find out if any US politicians have been bribed by the cartels to allow for drug shipments to pass through a porous border.