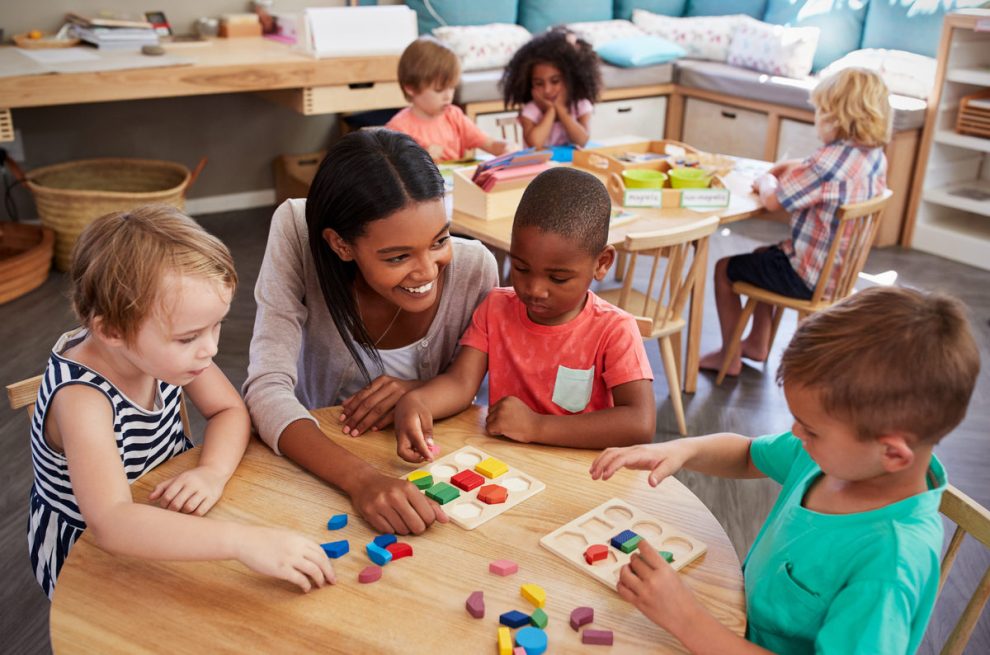 Education is constantly changing, and two University of North Carolina at Chapel Hill professors have in mind a novel rendition of the scientific method.

As you likely know, the original version is tried-and-true.

In a typical application of the scientific method, a researcher develops a hypothesis, tests it through various means, and then modifies the hypothesis on the basis of the outcome of the tests and experiments. The modified hypothesis is then retested, further modified, and tested again, until it becomes consistent with observed phenomena and testing outcomes.

But there’s a new science in town: wokeness.

And as it turns out, the old method was missing a whacking of whiteness.

The paper poses that COVID-19 “and the nationwide movement for racial justice” have made improving outcomes for children more urgent.

Specifically, the authors note, “opportunity gaps” must be closed for nonwhite kids. Such starts with “expanding all families’ access to high-quality learning environments, in preschools and beyond.”

But race and racism must be understood in order to eradicate epidermis-associated inequities.

To do so, our foundational techniques need to evolve — and that means embracing antiracist scientific methods.

According to CNN, “antiracism” includes canceling colorblindness — statements in favor of old-school unity are considered microaggressions.

Per the professors, it’s time to purge our cultural closet of America’s outdated outfits:

[T]he classical scientific method as we know it purports to be race-neutral. Colorblindness was in vogue for years as a way to avoid the difficult topics of race and racism in favor of more “neutral” variables like socioeconomic status. This lens is harmful for Black communities because it ignores the oppressive racist policies that negatively impact children, families and communities.

“Instead of defining people by the problems they face,” the instructors explain, “[antiracist methods] take different groups’ resilience into account, valuing communities for the unique perspectives and strengths they bring to the table that can be built upon in early care and education environments.”

The writers reference the Acecedarian Project, described thusly on IResearchnet.com:

Researchers selected infants from low-income families who were found to be at particularly high risk for educational failure… The participants received full-time, high-quality educational intervention in a child care setting from their infancy until the age of five. Each participant was individually prescribed specialized learning games and activities throughout each day that focused on social, emotional, and cognitive areas of development with particular emphasis on language. … Findings demonstrated that important, long-lasting benefits were associated with the early childhood program.

That’s easy to believe. But, so far as I can tell, the study — begun in the early ’70s — didn’t institute a racialized approach.

A failure, in fact — as observed by Elizabeth and Iheoma — was that publications reporting the findings “did not consider the importance and value of Black educators for Black children.”

This lack of visibility for Black teachers’ role and value in educating Black children must stop.

The authors cite the Abecedarian Project as “just one example of powerful work that can be further improved by embracing an antiracist perspective.”

This is “how science evolves,” they say.

Here are a few ways scientists can “use an antiracist lens to inform their work in pursuit of both justice and better science”:

– We have to ensure that our researchers, especially the principal investigators, are representative of the communities being studied. Having Black researchers and other researchers of color lead the work will enrich and improve the knowledge being created — and advance equity in the long run.

– We must see Black children in a holistic way — from the ways they learn, talk and connect with others, to the ways they experience the world. We champion ideal learning environments, which prioritize equity to support each young learner’s unique experiences.

– We must examine whether our measures and tools are culturally relevant and meaningful to the communities that are part of our research.

We must move away from a deficit lens that casts blame on individuals rather than on the systemic inequities that create the conditions that harm people.
Of course, virtually any educational change which improves the overall outcome should be highly prized.

As for viewing it all through an “antiracist lens,” we once lived in a society where individuality was recognized. It seems to me that, compared to our current state of affairs, such was the case more so even during the days of segregation: Americans were wrongly separated by race, but there was no national-scale idea that people within each race were not to be viewed as individuals. In school, for example, each student was held accountable for his or her performance.

It appears we are now actively erasing the very concept of the individual as we take great leaps toward group identity.

Meanwhile, we’re being told our “community” is simply those with whom we share a hue.

If I had to guess, that sort of community has very little worth in terms of loyalty and strength.

And as we flirt with the extinction of individual identity, so goes individual responsibility.

The word on select streets is…yes.

I suppose we’ll find out.

In the meantime, I offer a hypothesis: America is in for some very big problems.