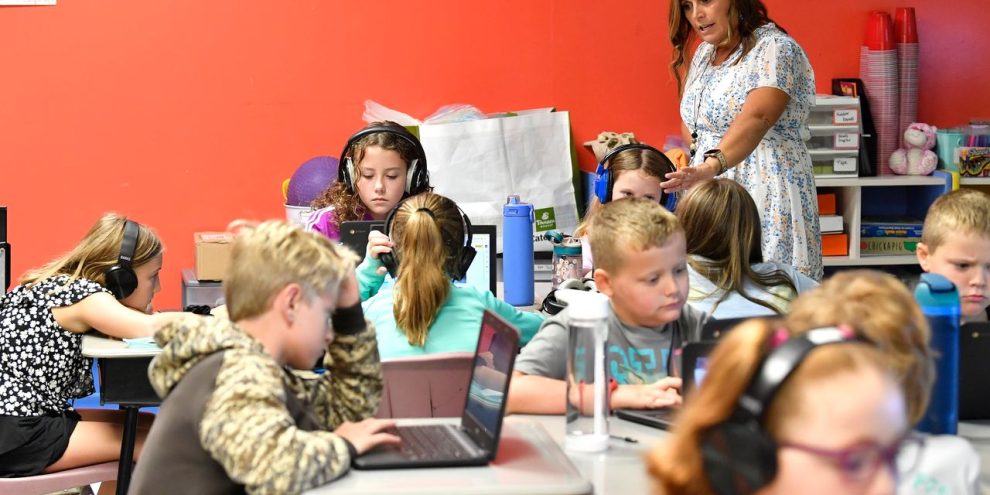 The Education Department’s first look at test-score trends since the pandemic began reveals the worst drop in math and reading scores in decades for students in fourth grade, a crucial indicator for educational and economic trajectory.

Scores released Thursday show unprecedented drops on the long-term trends tests that are part of the National Assessment of Educational Progress, known as the “Nation’s Report Card.” The tests are administered to U.S. students age 9.

The test scores reflect more than a pandemic problem, with experts saying it could take a generation for some scores to rebound. Some say current achievement levels could weigh on economic output in years to come.

The scores of lower-performing students are most troubling and could take decades to bounce back, said Dr. Aaron Pallas, professor of Sociology and Education at Teachers College, Columbia University.

“I don’t think we can expect to see these 9-year-olds catch up by the time they leave high school,” he said, referring to the lower-performing students. “This is not something that is going to disappear quickly.”

The NAEP will this fall release a more complete set of assessment results, including other grade levels.
“Covid-19 shocked American education and stunted the academic growth” of students, said Peggy G. Carr, commissioner of the National Center for Education Statistics, which administers the assessment. The center is part of the Education Department.

The drop is particularly significant because it reflects academic proficiency levels for 9-year-olds, a developmental inflection point and an important indicator for success in later years.

Dr. Carr blamed disruptions which have plagued U.S. schools during the pandemic, such as lockdowns and quarantines that resulted in long periods of remote learning. School shootings, violence and classroom disruptions also are up, as are teacher and staff vacancies, absenteeism, cyberbullying and students’ use of mental health services, she said.

The federal government provided $190 billion to schools during the pandemic. It is the largest-ever disbursement of federal funding for American schools and is meant to help schools stay open while addressing learning loss, mental-health problems and other issues caused by Covid-19.

Many districts have spent a share of their federal rescue dollars on tutoring, which is approved by the federal government as a tool to help students catch up.

The scores reported by NAEP follow earlier results from district-level tests nationwide, which have generally shown a steep decline from 2020 to 2021, and then a partial recovery in 2022.

The drops in test scores were roughly four times greater among the students who were the least proficient in both math and reading. Gaps in performance in math between Black and white students also grew. Scores among Asian students were the only bright spot: they improved by one point in reading.

Regionally, scores took the biggest dive in the Midwest and Northeast, where cumulative reading and math scores fell 16 and 15 points, respectively. Scores were strongest across the West, where they fell five points. In the South they fell by 13 points.

The lowest performers on the test reported having less access to computers and teachers.
The most-recent declines come after a long period of stagnation in U.S. academics. Test scores from the 2019 NAEP exam were on par with those from a decade ago. The 2022 tests were taken between January and March.

Daniel A. Domenech, executive director of the American Association of School Administrators, said dramatic action was necessary to close the growing gap between the nation’s highest- and lowest-performing students.