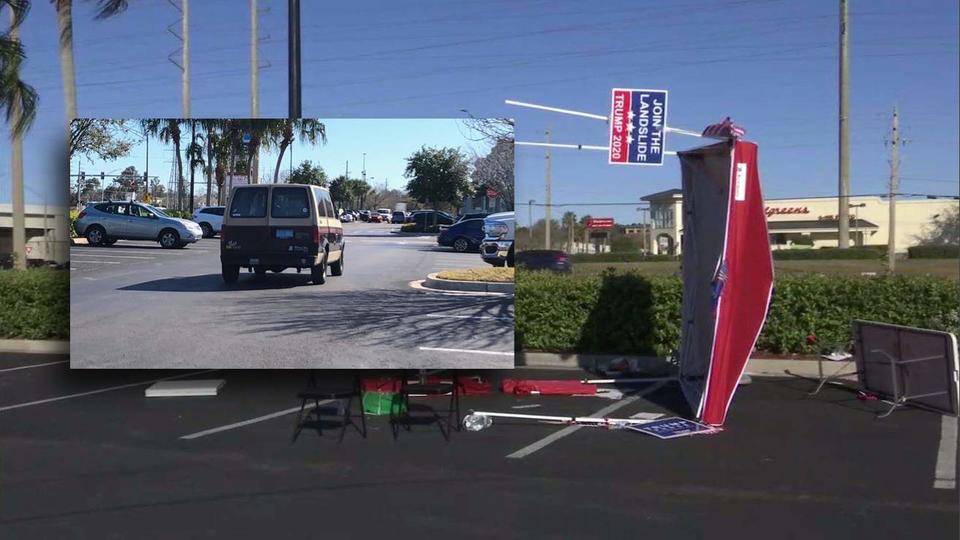 The Jacksonville Sheriff’s Office arrested Gregory William Loel Timm, 27, after being identified as the person behind the wheel of a van that drove through a tent in a Walmart parking lot Saturday, where Republican volunteers were registering people to vote.

According to Lt. Larry Gayle, the vehicle attack happened about 3:50 p.m. at Atlantic and Kernan boulevards where members of the Republican Party were in the tent registering voters. Timm is accused of pulling up, driving through the tent and striking their table.

“It happened so quickly,” said Nina Williams, a volunteer. “I just barely got out of the way.”

Lt. Gayle said at some point after, Timm stopped, took a video and “flipped off” the people who were inside the tent before driving away. Investigators are monitoring social media to see if the video shows up.

No injuries were reported. One of the volunteers provided photos of the older brown Chevrolet driving away.

“We don’t know if this is politically motivated,” Lt. Gayle said. “We’ve got detectives coming out. We’re following up on information and trying to determine if we can identify this person right now.”

While police weren’t ready to make that connection, the incident was quickly condemned as a political attack by both Republican and Democratic leaders in Jacksonville, Florida’s two U.S. Senators, and even President Donald Trump.

Law Enforcement has been notified. Be careful tough guys who you play with! https://t.co/1Pq0hOrzy2

Sens. Marco Rubio and Rick Scott both calling the attack “politically motivated,” with Rubio tweeting, “Thanking God that no one was injured.” Scott echoed that in his own tweet, adding, ” @DuvalGOP will not be silenced or intimidated. They will redouble their efforts to support strong Republicans in NE Florida and around the state!”

Jacksonville Mayor Lenny Curry’s tweet emphasizing that while thankfully no one was hurt, “the hate is toxic and dangerous.”

Sadly, this happened. I spoke to the GOP chair. This is outrageous. The hate is toxic and dangerous. Thankfully no one was injured but certainly they are shaken after being targeted because they were registering voters. I’ve spoken to the Sheriff & of course his team is on this https://t.co/dRENZi0Bxq

The Duval County Executive Committee also condemned, “this cowardly act of violence. No one’s life should be placed in danger for exercising their first amendment rights,” @DuvalDEC tweeted. “We look forward to @JSOPIO’s arrest of the perpetrator.”

JSO reports Timm has been charged with two counts of Aggravated Assault on a person 65 years of age or older, one count of Criminal Mischief, and driving with a suspended driver’s license. His first court appearance is scheduled at 1 p.m. on Sunday. 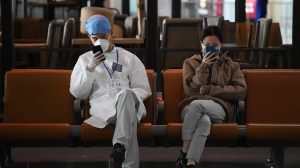 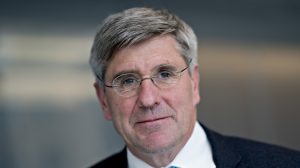 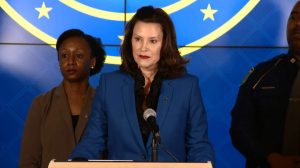