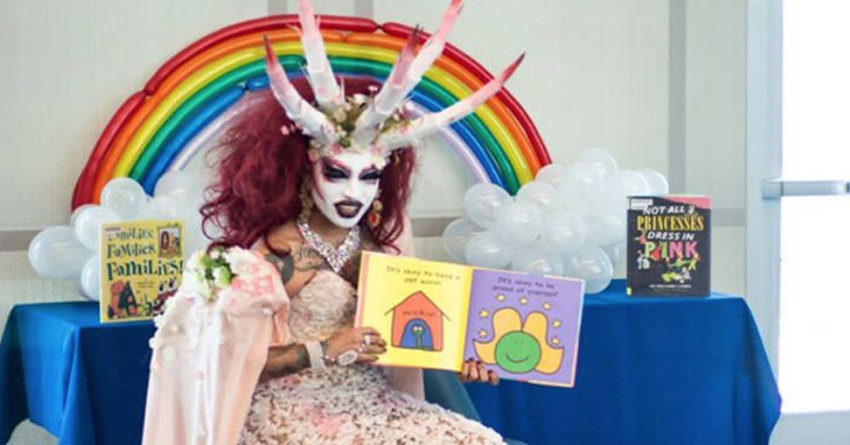 A Californian public library faced a heavy backlash recently, as they decided to invite a horned drag queen to have a reading session with children, as part of the entire ‘beat diversity’ issue.

Performer Xochi Mochi sat in front of a group of children and read to them as part of the Drag Queen Story Hour at the Michelle Obama Neighborhood Library in Long Beach on Oct. 14., according to KCBS.

The performer was dressed very provocatively and was as a result confronted by social media users, who remained convinced this is another liberal hack.

Republican Omar Navarro, who is running for the 43rd District on opposite sides with Maxine Waters, spoke on the happening recently:

“What are we teaching kids in school? Demonic teachings alive in Long Beach. I’m outraged they would allow this,” he said and posted a photo of the drag queen and the children.

The photo faced series of critiques on Twitter and Facebook and was later deleted. However, it was posted long enough to caught the Church of Satan’s eye.

“Hail Satan!” the organization commented. This is severely disturbing, I believe.

Children should grow accepting diversity and respect others, but having this parade of a mockery of humans is simply deteriorating for the community. Is it really okay to have children look at a Satan-inspired costume and be fine with it and take it as normal? I don’t think so.

Parents across America remained in shock at the very thought that this ought to be acceptable.

America is based on diversity and understanding of others, but bringing in cultural and religious issues into a child’s life is not something we can wrap our brains around.

Can someone please make this nonsense stop?