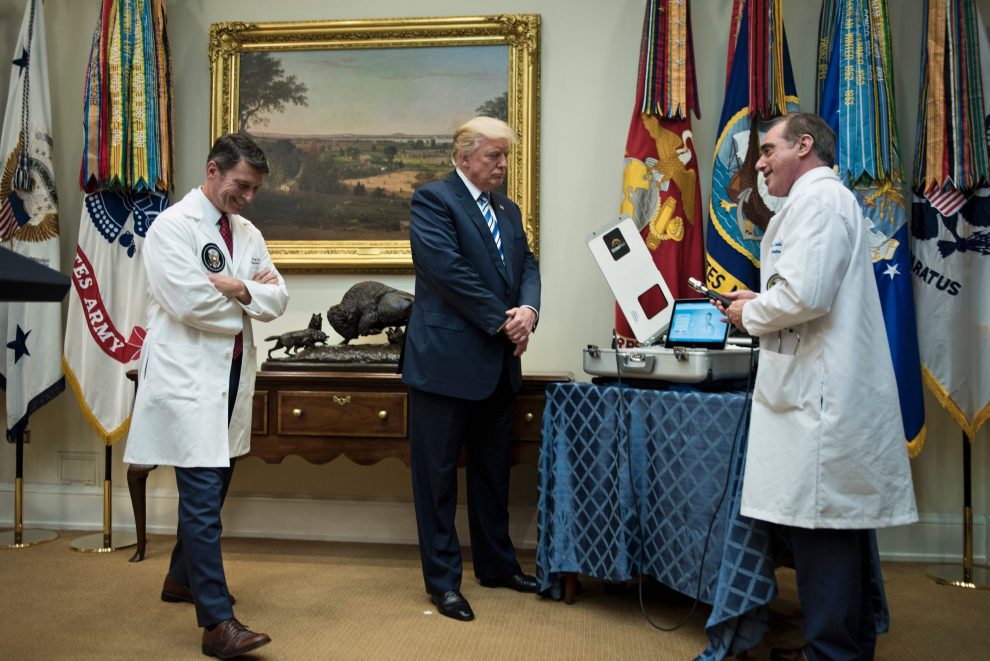 Jackson said Trump does not have heart disease, lung disease, or any other condition “that would put him at risk.”

He said 99.5 percent of everyone in that age category “will recover from this spontaneously,” adding that most people will not get any symptoms.

“I fully expect … this to resolve itself in the next 7 to 10 days,” Jackson said.

Jackson said he does not expect Trump to remain in quarantine for ten days because “quarantine is for people who have been exposed and tested negative,” and Trump is a confirmed case.

He said the White House has an aggressive testing protocol, and Trump’s case was caught “very early.”

Jackson predicted the president’s administrative duties will carry on relatively normally with additional safety measures in place for his aides.

“The campaign’s a different story,” he said, adding it will “be on hold for a few days.”

Trump had been scheduled to appear in Florida on Friday evening and make two stops in Wisconsin on Saturday.

Jackson said he is not surprised at the nasty, gleeful reactions from many on the left and in the “liberal press.”

As Breitbart News reported, 39 minutes after Trump’s announcement, the Washington Post posted on Twitter an opinion piece titled “Imagine what it will be like to never have to think about Trump again.”

“Nothing surprises me from them. They hate this president so bad they dehumanize him, and it is disgusting the stuff they say online and the stuff that they write,” Jackson said.

“It’s un-American for anyone to be wishing harm upon our president,” he said.

“They will do anything to serve their political purposes.”