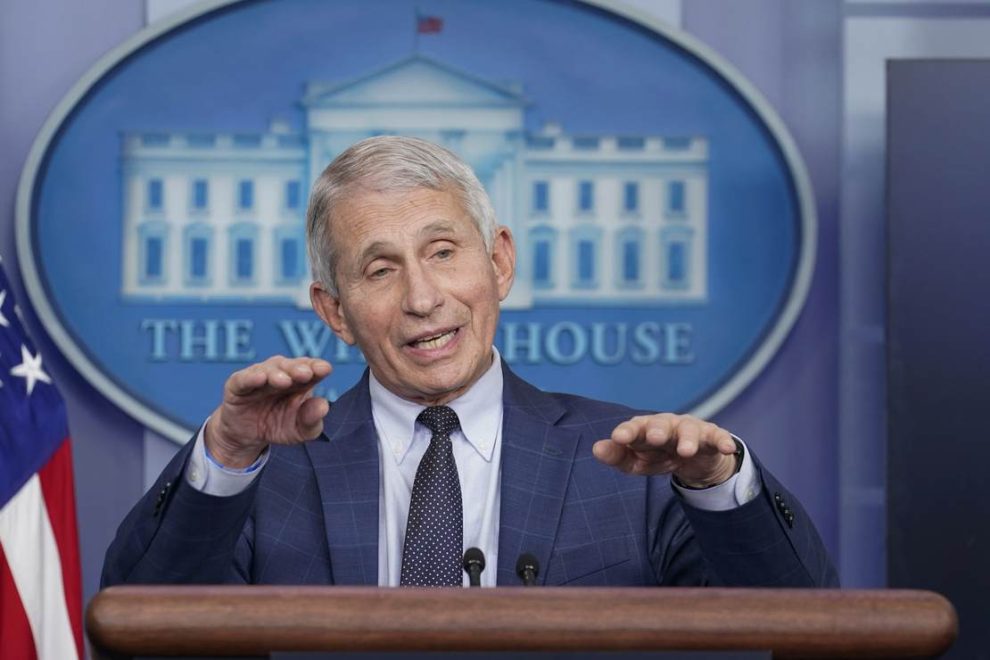 On June 15, Dr. Anthony Fauci announced that he had tested positive for COVID-19. It was a long time coming since nearly everyone around him in the White House has tested positive at least once. In fact, the number of high-profile people with repeated infections is rising — former White House Press Secretary Jen Psaki, Canadian Prime Minister Justin Trudeau, and Prince Charles, to name a few. Of course, what they all had in common was every single COVID jab available to them.

Fauci was no exception. When he provided an update on his condition during a conference call on June 23, he said, “I had one day of symptomatology. I started on Wednesday on Paxlovid. And I was on Paxlovid for five days. And I have now finished Paxlovid, and I am still feeling really quite fine.”

Then he gave the obligatory nod to the treatments he has advocated and even supported mandating for others. “I think I am an example, given my age, of what we’re all talking about today. I am vaccinated. I am doubly boosted. And I believe if that were not the case, I very likely would not be talking to you looking as well as I look, I think.” In reality, he has no way of knowing that, and there is no science to back it up. Still, seven days after a positive test, he appeared symptom-free and participated in a meeting.

On June 28, in another interview, Fauci disclosed that he had a positive antigen test four days after finishing the course of Paxlovid. For the three days prior, his tests were negative. “So it was sort of what people are referring to as a Paxlovid rebound. Then over the next day or so, I started to feel really poorly. Much worse than in the first go around,” Fauci admitted. Then he shared he was back on Paxlovid since it worked so well the first time.

California Gov. Gavin Newsom and Health and Human Services Secretary Xavier Becerra seemed to suffer from the same rebound after taking Paxlovid. Pfizer claimed this happened in the treatment and placebo groups during the trial. Rebound infections have not been reported anywhere in the research before Paxlovid.

The clinical trial previously flopped on its primary goal, showing the Pfizer antiviral was no better than placebo at sustaining symptom relief for four consecutive days. Now, the company is calling it quits on the study after finding it hard to read any signs of potential benefit because of an already low rate of hospitalization or death in the standard-risk population.

This withdrawal happed after Pfizer admitted that Paxlovid does not work to prevent COVID-19 in exposed patients. Now, an NIH study at Brigham Women’s Hospital in Boston shows Paxlovid’s efficacy has been cut in half:

Adjusting for limitations arising from differential access and uptake of COVID-19 vaccines, diagnostics, and treatment, the study found the overall risk of hospitalization was 45% lower among patients prescribed Pfizer’s Paxlovid. While still significant, the efficacy rate provided in the NIH-funded study is appreciably lower than the 89% reduction in hospitalizations indicated in Paxlovid’s high-risk clinical trial, which took place during the Delta wave.

Paxlovid is the medication President Biden touted in his “Test and Treat” program. Individuals could test and immediately receive the anti-viral medication in some locations. Biden announced this program months after his administration limited the availability of monoclonal antibodies (MAs), which were used in similar test and treat programs in Florida and some other states.

Remember when President Trump took Regeneron MAs, walked off a helicopter, and returned to work two days later? Were there any news stories out of Florida about rebound infections, where infusion clinics dispensed MAs at high rates for weeks? At some point, there needs to be an inquiry about what happened to the MA program. It was the only FDA-EUA treatment that prevented severe illness in between 70% and 90% of high-risk patients through the delta wave. MAs were also effective at preventing COVID in people exposed to the virus. Paxlovid is not.

While no one should wish anything terrible on Dr. Fauci, it is important to remember how he loomed large in destroying the reputations and careers of doctors who advocated using existing drugs to treat viral replication, inflammation, and clotting. Some researchers and clinicians feel that restricting these treatments is a crime against humanity that caused thousands of unnecessary deaths.

Fauci also did not advocate for infusion centers and broad distribution of the effective MA treatment that was available last summer. Instead, we waited for a pill that doesn’t always work on the first pass, may be of no value to vaccinated Americans, and appears to be declining in efficacy because of how it works.

One MA, Sotrovimab, remained effective against early omicron variants. Does it work against the new, more virulent variants? Omicron BA.4 and BA.5 appear to be attacking the lungs and causing increased hospitalization rates and severe illness in highly vaccinated populations in Portugal and Israel. Those variants are now dominant in the U.S., according to the CDC. So an answer and a boatload of doses, if it is effective, would be excellent news right now.