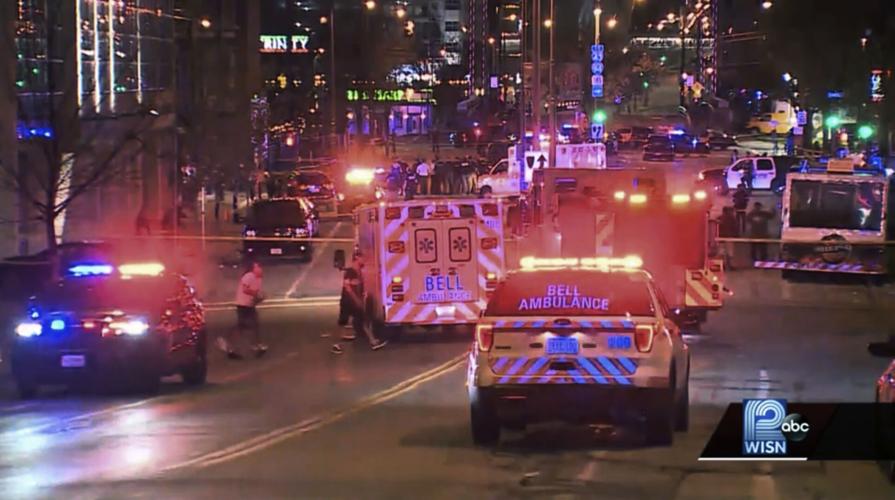 The Milwaukee Bucks have canceled Sunday’s watch party in downtown Milwaukee for game seven against the Boston Celtics in the NBA playoffs due to a string of shootings in the city Friday that left many injured. The mayor of Milwaukee also imposed an 11:00 p.m. curfew for parts of the city.

On Friday night, the Celtics defeated the Bucks in Milwaukee to force game seven. During that game, the Bucks held a watch party for roughly 11,000 fans in what’s known as the Deer District, an outside area located near the stadium in downtown Milwaukee. However, shootings broke out that dispersed the crowd after the game. To help local authorities, the Bucks announced that the game seven watch party has been canceled.

“In order to allow law enforcement to devote needed resources to the continued investigation of last night’s events, we have decided to cancel tomorrow’s planned watch party on the plaza. Deer District businesses will remain open as usual,” the Bucks said in a statement. “We continue to work with Milwaukee Police Department and other public safety partners to provide a safe and welcoming environment for our fans. We plan to have further details soon.”

One of the shootings left three injured, just outside the team’s stadium, Fiserv Forum. There were two other shootings on nearby streets.

“Police have 11 suspects in custody, and all victims are expected to survive. Mayor Cavalier Johnson imposed a curfew for parts of downtown both Saturday and Sunday, going into effect at 11 p.m.,” USA Today added.

Bil Reinemann, a parking lot attendant near Fiserv Forum, told Fox 6 that he was supportive of the decision to cancel the watch party.

“It pains me to see people suffering as a result of other people’s stupidity, basically,” Reinemann told local media. “Actually kind of glad that at least the idea has been tabled for right now.”

“Multiple people came and leaned on one of the fencing panels and collapsed it and probably about two- or three-hundred people rushed in,” Reinemann explained.

Jamie Kennedy was at a nearby bar in Milwaukee on Friday night and said the event was “pretty scary.”

“I’m sure there’s a lot of disappointed fans it isn’t happening, but at the same point I understand from a safety standpoint,” Kennedy said of the canceled watch party.

In less than 12 hours on Friday, Milwaukee police responded to shootings that killed three and left 25 injured.

The Milwaukee Bucks are the defending NBA Finals Champions. The winner of Sunday’s game against the Celtics will head to the Eastern Conference Finals.