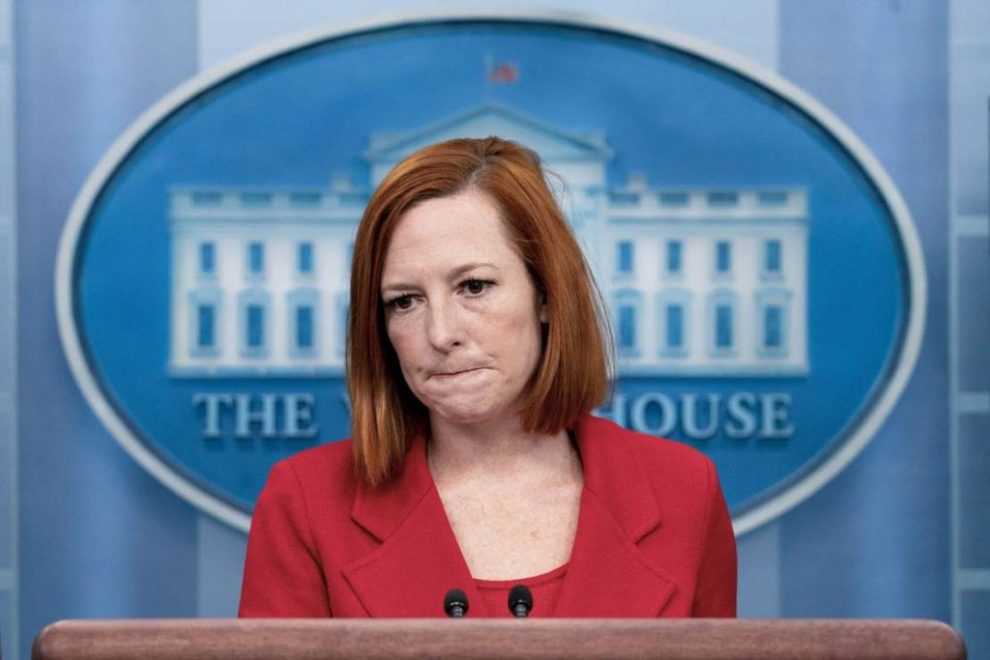 You may have noticed something interesting in the reaction to the leak of the Supreme Court draft opinion referring to Roe v. Wade.

First, Democrats are pretending like the draft is a final opinion of the Court and going all-in to gin up the anger on the left for the midterms.

Second, Democrats are attacking the Court — going against all norms that one doesn’t criticize or try to affect an ongoing case, not to mention that you shouldn’t try to threaten or intimidate SCOTUS justices. But that’s exactly what some of them — like Senate Majority Leader Chuck Schumer — are doing.

But third, they are also not criticizing the leak in any way. Neither Joe Biden nor Kamala Harris condemned the leak in their official statements, and Biden refused to do so when he was asked directly.

Now, White House Press Secretary Jen Psaki was asked about the leak on Wednesday during her briefing: Did they condemn it or is it seen as “welcome,” the reporter asked. Psaki refused to condemn it on behalf of the White House, saying that she didn’t think they had a “particular view.”

Jen Psaki refuses to condemn the SCOTUS leak, and instead chooses to recognize "the unprecedented nature of it." pic.twitter.com/o7hRydbOVy

Then Fox’s Peter Doocy asked if Joe Biden thought that the leaker should be punished. Again, Psaki put off the question, declaring that Biden’s “focus was on not getting distracted” from what they claimed was most important — a non-decision by the Supreme Court that they want to use to jack up the anger on the left to help their chances in the midterms. There is no decision to be focused on, but there is an unprecedented attack on the Court, trying to undermine and intimidate. But then, Joe Biden couldn’t give a darn. More than that, he and the Democrats are using it to attack the Court even more.

Doocy also pointed out how this reaction from the White House differed from their prior position — saying they wouldn’t comment on “leaked” material. Yet, here they were commenting on this leaked material because they thought it served their political purpose.

That was a question Psaki didn’t anticipate, and she had no real response except to say that they said it was a real draft. But it’s still a leak and not a final decision. So the answer is, once again, that they are hypocrites.

Fox’s Bret Baier mentioned on air a report that the White House knew about the leak/opinion beforehand. I’ve been trying to track down more on that report. Now, if that’s true, it might explain why the White House wouldn’t condemn it and invites a lot of questions along the lines that Sen. Josh Hawley was asking the other day: What did they know and when did they know it?

Sandra, Are you sure it was on that show and not on America's Newsroom?
I heard it too, but I can't find it in yesterday's playback of Smith show.

See also  Leftists Trip Over Themselves for a Chance to Out-Clown One Another
→ What are your thoughts? ←
Scroll down to leave a comment: