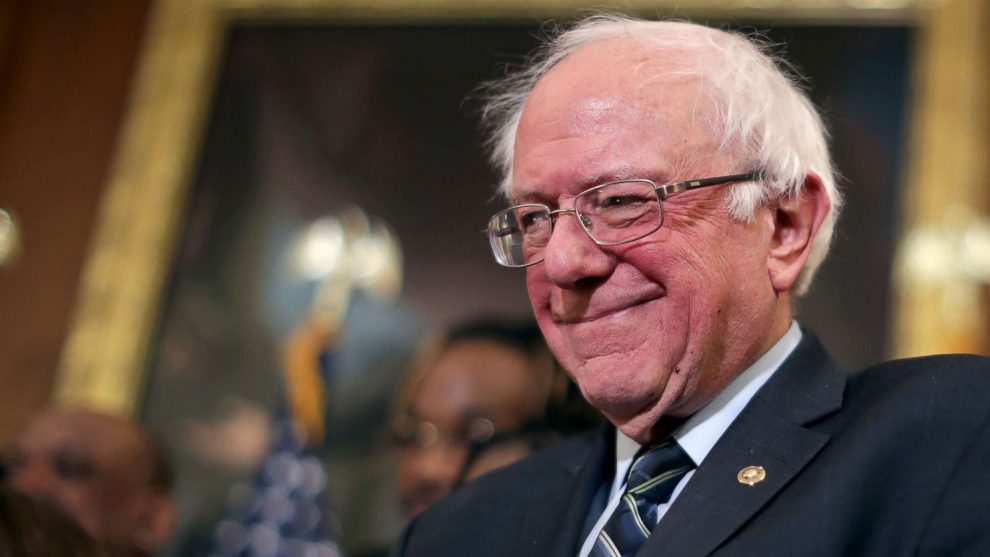 If it’s ludicrous, appalling, and horrifying beyond measure all at once, it must be the latest news from the Democrat Party. Just in case you haven’t had enough socialist scolding and woke posturing, the angry great-grandfather of the Left, Sen. Bernie Sanders (I-East Berlin) is considering yet another run for Chairman of the Politburo; uh, scratch that, he’s actually thinking of running for president of the United States in 2024. And why not? By the time the election rolls around, Bernie will be 83, just a little over a year older than Old Joe Biden himself. Maybe Bernie can persuade Sen. Dianne Feinstein (D-California Soviet Socialist Republic) to be his running mate. DiFi will only be 91 by the time of the November 2024 election and no doubt tanned, rested, and ready.

The big question at the prospect of yet another Sanders presidential run is this: Why don’t these people ever go away? The answer is on the bottom line. Six of the fifteen richest counties in the country are in Virginia and Maryland, right outside Washington, D.C. Public service in the United States has become a lucrative exercise in mutual back-slapping, with numerous well-heeled lobbies eager to pay a cash-strapped congressman or senator outlandish speaker’s fees after he gets them what they want on the legislative floor. And once you’ve climbed aboard the gravy train, it’s hard to get off.

Sanders advisor Faiz Shakir acknowledged, in a memo that the Washington Post claims was leaked to the media, that if Old Joe Biden, with his approval ratings lower than those of the Zodiac Killer, decides to retire for good to his taxpayer-funded walled Delaware beach house, or if Hunter’s laptop becomes just too inconvenient for those who are running this administration and Old Joe is sent home early, Sanders’ Russian fur hat will be thrown into the ring: “In the event of an open 2024 Democratic presidential primary, Sen. Sanders has not ruled out another run for president, so we advise that you answer any questions about 2024 with that in mind.” Sanders spokesman Mike Casca confirmed the news: “While it’s frustrating this private memo leaked to the media, the central fact remains true, which is that Senator Sanders is the most popular officeholder in the country.”

If he really is the most popular officeholder in the country, that’s a sad commentary on the state of public awareness in these unhappy days, but it is no real surprise that Sanders, even at an age when many of his comrades have retired and are busy regaling their great-grandchildren with tales of their escapades on the barricades for the Worker (not any real ones, just the idealized Workers who serve as stalking horses for statism and authoritarianism), is contemplating another run for the White House (will he paint it red?).

After all, back in 1988, Sanders and his new bride honeymooned in the Workers’ Paradise itself, the Soviet Union. That young upstart Gorbachev was in charge then, but he had followed a succession of gerontocrats that would be rivaled in superannuation only by the prospect of Sanders succeeding Biden. Leonid Brezhnev had died at age 75 in 1982 and was succeeded as General Secretary of the Communist Party of the Soviet Union, the de facto head of government, by Yuri Andropov, who was a young 68. When Andropov died in 1984, 72-year-old Konstantin Chernenko succeeded him and ruled until his own death thirteen months later. Back in the 1980s, this succession of septuagenarians (and one who was nearly a septuagenarian) was widely seen as symbolic of the sclerotic, calcified nature of the Soviet bureaucracy and Soviet society in general.

So what does this misrule of old folks say about the United States today? If an 83-year-old Commie, Bernie Sanders, succeeds 82-year-old Joe Biden on January 20, 2025, it will show the world a corrupt kleptocracy in which the kleptocrats find the “public service” altogether too lucrative to retire and just keep hanging on to their place at the public trough for as long as they possibly can.

Eventually, time is going to catch up to all of these gerontocrats, although up to now they’ve demonstrated a tenacious ability to hang on even amid marked mental and physical decline. If America survives this period of rapacious superannuated politicians, not only term limits, but age limits, should be seriously considered. Bernie is already a multimillionaire with three luxurious homes. His socialism has served him well. But it’s time for him to pass the baton to his spiritual children, AOC and the rest, who threaten to continue to plague and pester the American people for decades to come.