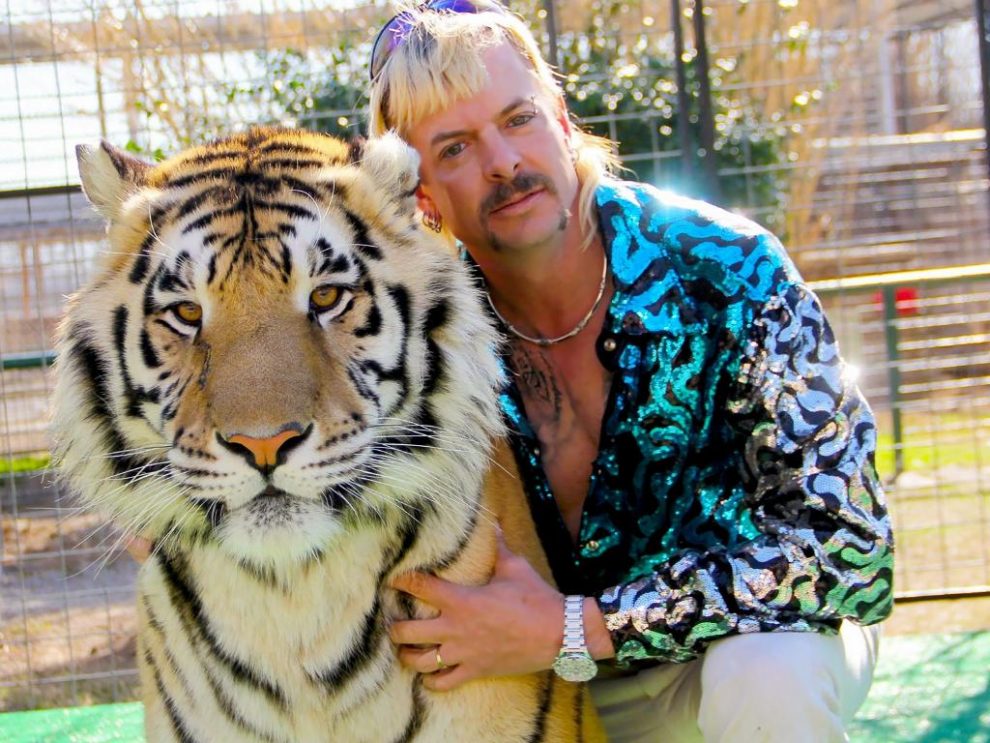 President Donald Trump said he would take a look at a pardon for “Tiger King” Joe Exotic, the subject of a wildly popular Netflix documentary.

Trump acknowledged that he did not know anything about the case, but said that he would take a look at it.

Joe Maldonado-Passage was sentenced to 22 years in prison on two counts of murder-for-hire and 17 wildlife charges.

Nelson revealed that the “Tiger King” was in jail after being convicted of paying a man to kill a women’s rights activist.

“You think he didn’t do it? Are you on his side?” Trump asked. “Are you recommending a pardon?”

Nelson said that he would not take a side, in order to maintain his journalistic integrity.

He told the president that one of his sons joked about a possible pardon for Joe Exotic on Twitter.

“Must be Don,” Trump grinned, referring to Donald Trump Jr.

On Monday, Donald Trump Jr. joked in a Sirius/XM interview that he would “generally be” supportive of a pardon just to spark a media reaction.

“Maybe not right now, but I can generally be for this just for the meme,” Trump Jr. said. “And just for frankly watching the media reaction to this thing. It would be pretty amazing to ultimately see that.”