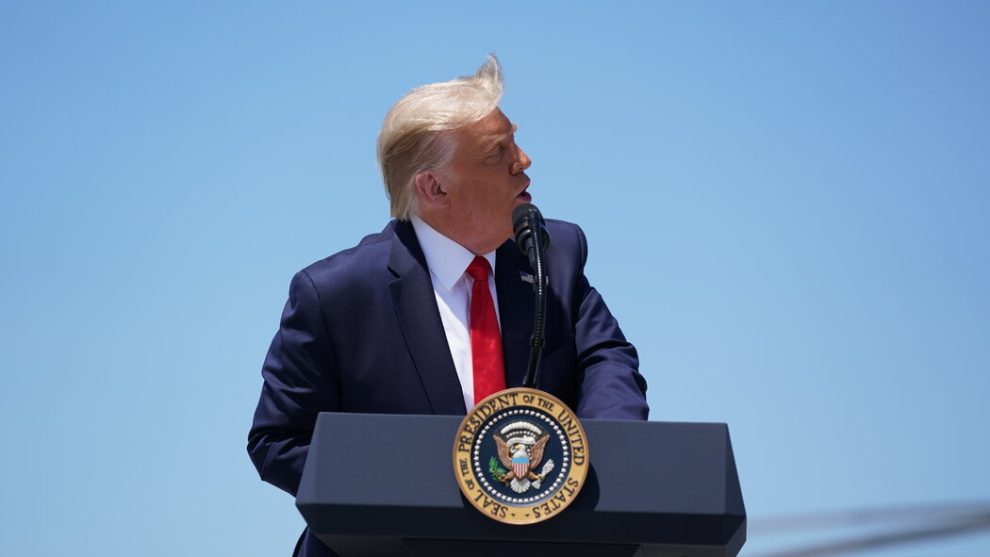 Former President Donald J. Trump played a vital role behind the scenes in bringing about a compromise among House Republicans to elect Rep. Kevin McCarthy (R-CA) as speaker of the House of Representatives, lawmakers and a source familiar with the matter told Breitbart News.

On the historic 15th ballot for the speakership Friday night, McCarthy finally sealed the deal and garnered the votes necessary for the position.

Voting had raged on since Tuesday, as a block of 21 Republicans, primarily driven by House Freedom Caucus members, repeatedly voted against McCarthy. However, the deal McCarthy and his allies struck with the delegation budged enough detractors to land the California Republican the speaker’s gavel.

Chief among those responsible for forging a compromise was Trump, according to several GOP members of Congress and a source familiar with the conversations.

Rep. Jim Jordan (R-OH), who will chair the Judiciary Committee in the 118th Congress and was a crucial player in these negotiations, lauded Trump for his work helping to bring about a deal.

“This doesn’t get done without the support and leadership of President Trump,” he told Breitbart News.

Rep. Byron Donalds (R-FL) also acknowledged the 45th president’s role in the negotiations while speaking with reporters Friday, noting he “has played a good part in this.”

“I want you to understand, this is a process of the members of Congress, and so this is something where the members have had a lot of time around each other to try to get comfortable, have real conversations, and get to an outcome,” he added.

Donalds supported McCarthy on the first day of voting, but once it became apparent he did not have the votes at the time, Donalds began voting against him and was even nominated for the position in opposition to McCarthy on numerous ballots. Donalds was among those key votes who coalesced behind McCarthy and allowed the 118th Congress to start conducting business.

Another source familiar with the matter indicated that Trump had been engaged in the process since early December, making phone calls throughout the month to whip votes and consolidate support behind McCarthy. These calls were not mere one-offs but included ongoing correspondences with many different lawmakers.

Trump’s involvement persisted throughout this week, including in talks last night and this morning ahead of the crucial breakthrough for McCarthy, according to the source.

On Friday night, he made calls to Reps. Matt Gaetz (R-FL) and Andy Biggs (R-AZ), both of whom had voted against McCarthy for days, and told them that the matter needed to be resolved. Ultimately on the 15th round, they both voted “present,” helping to lower the vote threshold for McCarthy.

Former President Trump placed called to both Andy Biggs and Matt Gaetz as all the drama played out on the House floor, I’m told. Both of them have changed their votes to “present” this round.

Rep. Marjorie Taylor Greene (R-GA) told Breitbart News on Friday that Trump’s “role was huge” in the negotiations. Specifically, she pointed to his statements in support of McCarthy this week and the phone calls he was making behind the scenes.

“His statements that he put out in support of Kevin McCarthy, it was like cement for our 201 that refused to move away from Kevin,” Greene said. “It told many of them that, ‘Look, the support is there.’ Trump telling everyone in that statement that ‘I’m calling. I’m working the phones. I’m talking with everybody.’ That was support that was needed at a critical time when members could have fallen off.”

Greene concluded, “And thankfully, they didn’t because America is truly about to see the most conservative Republican speaker of the House that they have seen in decades.”

D.C.-based photojournalist Al Drago noted Greene was also on the phone with Trump on the floor Friday night, and she reportedly tried to get Rep. Matt Rosendale (R-MT) to speak with him after Rosendale voted against McCarthy on the 14th ballot. The moment led to a “heated exchange,” PunchBowl News reported.

Rep. Marjorie Taylor Greene, a Republican from Georgia, holds her smart phone with former US President Donald Trump on the line, as Rep. Matt Rosendale, a Republican from Montana, waves it off during a meeting of the 118th Congress in the House Chamber on Friday.#SpeakerVote pic.twitter.com/VWvOGfXd9Q

It was the perfect phone call. pic.twitter.com/aRpf5pefoU

Speaking to reporters Friday afternoon, Rep. Matt Gaetz (R-FL) pointed to his three votes for Trump for speaker, noting they resulted in Trump making history by receiving more votes for the speakership than any other former president.

“I’m very excited, as is he, that he now holds the record over John Quincy Adams,” said Gaetz.

The New York Times reported Thursday that Gaetz’s third vote for Trump had indeed broken the record held by Adams.