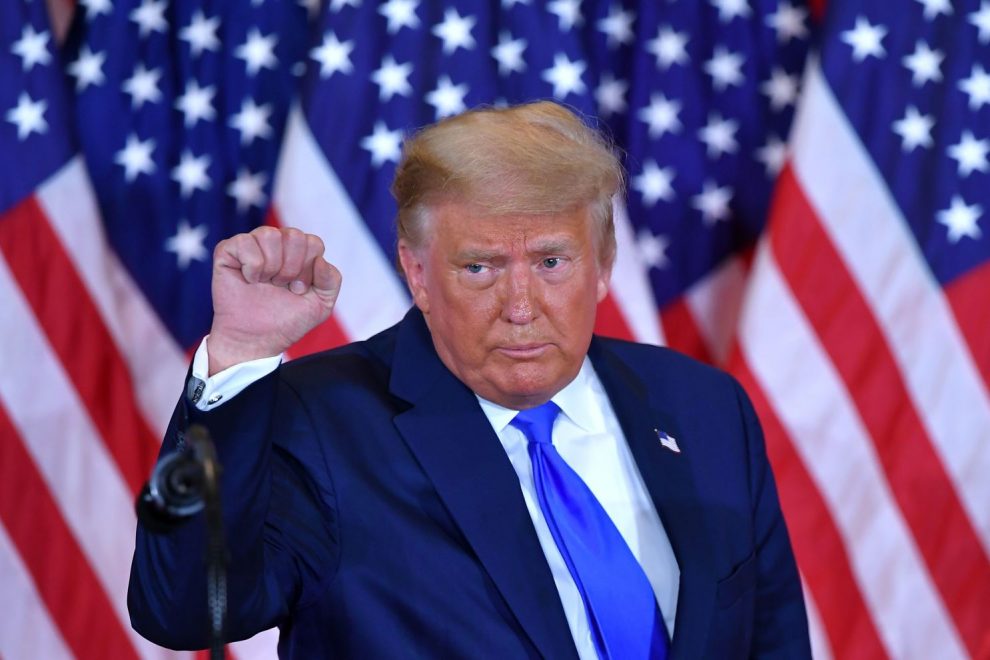 The president spoke to reporters at the White House press briefing, demanded transparency in the process, and casting doubt on the Democrat-run voting systems.

The president said he correctly predicted that mail-in ballots opened the election up to fraud and that they would challenge the results.

“Democrat officials never believed they could win this election honestly. I really believe that that’s why they did the mail-in ballots, where there is tremendous corruption and fraud going on,” Trump said.

The president said that there were a lot of “shenanigans” in the election, complaining about electoral workers turning away Trump election observers or keeping them away from watching the ballot counts.

The president berated the pollsters for falsely predicting that he would lose the election, accusing them of knowingly doing so to suppress the Republican vote.

He also cast doubt on the voting systems being run by Democrats, accusing them of blocking his votes.

“The voting apparatus of those states are run in all cases by Democrats,” Trump said. “We were winning all the key locations by a lot actually, and then our numbers started miraculously getting whittled away in secret.”

Detroit and Philadelphia, he warned, had a history of corruption in their cities and that casts doubt on the results. Certain locations, Trump said, stopped counting or submitted large chunks of ballots in the early morning hours of the election.

The president said that his team had collected “horror stories” of voting discrepancies, suggesting that he would reveal them to the public.

“Our goal is to defend the integrity of the election. We will not allow the corruption to steal such an important election or any election for that matter,” he said.