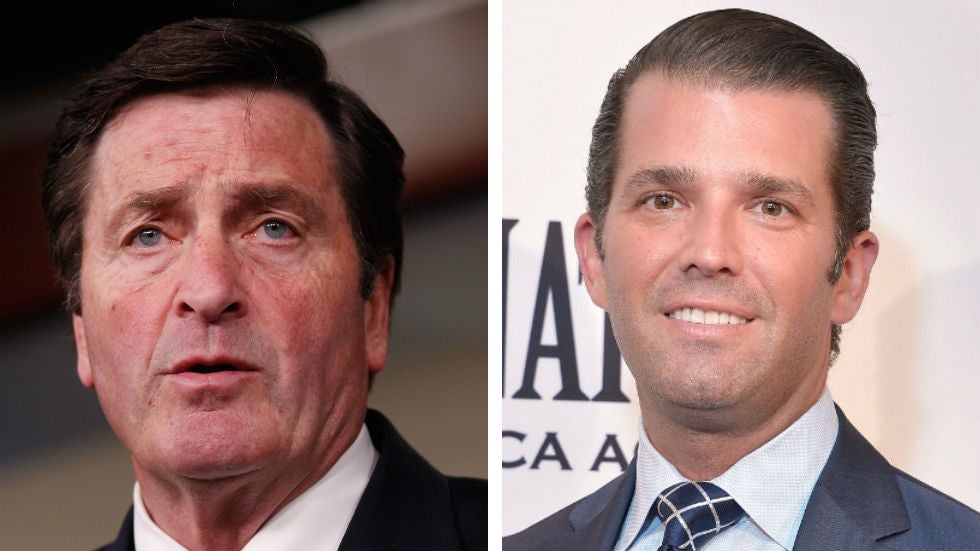 Surabian released the following statement, saying Garamendi’s comments “were beyond the pale”:

Garamendi’s remarks were made after he was asked by MSNBC host Hallie Jackson to respond to Trump Jr.’s suggestion “that Democrats are taking a pandemic seemingly hoping, and I quote, ‘it comes here to kill millions of people so it can end the president’s winning.’”

"He should not be near me when he says that. There would be a serious altercation… Don Jr. had better not get any place close to me. It would not be a healthy situation." pic.twitter.com/s8Tba2Oogw

“He shouldn’t be near me when he says that,” Garamendi said.

Garamendi went on to say that there would be a “serious altercation” if he is around Trump Jr. over his comments:

There would be a serious altercation that’s totally outrageous. That’s totally outrageous. I can assure you there’s not a Democrat or Republican in Congress that wants anybody to be sick. What we are concerned about is the administration’s response to this illness. We have known since December that there was an epidemic in China, and we have known since that time there were Americans exposed to this. We know there was a Princess cruise ship with high exposure and cases in Japan. Those people who were brought back to the United States frankly with very little planning and very little preparation. And no testing available in the United States to see whether they had the virus or not. Those are known facts. We also suspect that there was inadequate safeguards for the personnel that were serving these evacuees at the airbases. We’ll continue to investigate that. We know there’s community spread in my district. I know there’s an individual that’s very sick. Don Jr. better not get close to me. It would not be a healthy situation.

After Trump Jr. requested an apology, Garamendi denied making a “threat of physical violence,” to Trump Jr. and said he is welcome to “come to my office to explain his comments” in a statement to The Hill.
GOP Chairwoman Ronna McDaniel also condemned Garamendi’s remarks, saying House Speaker Nancy Pelosi (D-CA) and other Democrats should condemn his statements.

Pelosi and Democrat leaders need to condemn this unhinged threat against @DonaldJTrumpJr. https://t.co/PgttygADNv

“Pelosi and Democrat leaders need to condemn this unhinged threat against @DonaldJTrumpJr,” McDaniel wrote in a tweet.

Twitter
See also  Education Secretary Miguel Cardona: Students Need Access to Abortion to Thrive in School and in Life
→ What are your thoughts? ←
Scroll down to leave a comment: