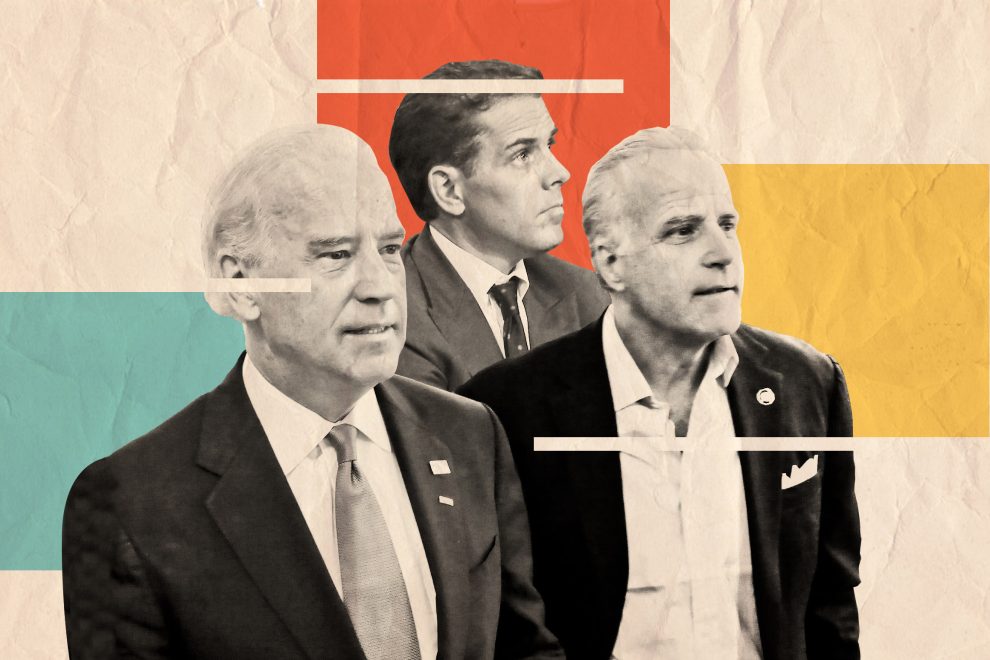 There’s an old expression that the cover-up tends to be worse than the crime. Now, I don’t know if we can yet say that in the case of what’s going on with the Department of Justice and the investigations into the Bidens, largely because we don’t know how bad the “crime” is yet. But it surely sounds like they have a whole lot of explaining to do about their actions — and why they aren’t turning over 400 pages of documents related to Hunter and Jim Biden’s business dealings.

Colorado lawyer Kevin Evans is a FOIA expert who sued to get documents pertaining to “any relationship, communication, gift(s), and/or remuneration in any form” between the president’s son Hunter or brother Jim, and China, Russia, or Ukraine.

Evans said the DOJ lawyers admitted that they had at least 400 “potentially relevant” documents, but now are trying to say that they won’t “confirm or deny” it.

Evans filed his FOIA request more than two years ago in November 2020.

‘They eventually produced about 60 pages of documents, but they’re all letters from senators and congressmen asking about Hunter, and letters from DoJ back,’ he said.

‘Then towards the end of last year they said, ”well we have these 400 pages of potentially responsive documents, we need to review them.”

‘In March I filed suit, and before Magistrate Judge Michael Hegarty they made the same representation: they’ve done a thorough search, they’ve uncovered 400 potentially responsive documents.’

See also  Mom Has Major Regrets About Transing Her Young On

But then after having revealed that, a few months later after producing nothing, they claimed they could “neither confirm or deny” that they had any records.

Evans said that he didn’t think they could now say that they could “neither confirm or deny” when they’d already responded about the potentially responsive documents. Yes, that sounds like a problem and a cover-up. So what happened to those 400 pages? If they previously flagged them, why are they backtracking now?Evans said he was fairly certain that they were going to move for summary judgment under the privacy exemptions under FOIA, so they wouldn’t have to comply with the request.

‘But I don’t think they should in this instance, particularly when they’ve disclosed and put on the record that potentially responsive documents exist.

‘The problem is, FOIA has become a toothless vehicle. Courts do not comply with the spirit of the law, they’re more inclined to bend over backwards to accept the government’s position rather than force disclosure.’

The next hearing in the matter is Jan. 9 so we’ll have to see what happens then.

But the DOJ needs to answer on this one. I’m thinking this might be first on the hit parade for the incoming Republican Congress to look into, although who knows at this point if they’ll get any kind of a straight answer. As we previously reported, Rep. James Comer (R-KY), the guy who will be the head of the Oversight Committee has already said that pursuing where the DOJ and the FBI are on the Hunter Biden investigation is high on their list. And it isn’t just Hunter and Jim Biden they’re looking at, it’s Joe Biden and any possible compromising connections that he had to the foreign business dealings.

On top of these records that Evans is trying to get, the National Archives is also planning on releasing almost 300 records from the Obama administration related to Hunter Biden and Burisma. Joe Biden had 60 days to object to the release, so he has until the middle of February. But if he objects, that will set off even more alarms about the cover-up. So far, Biden has said nothing on the subject.