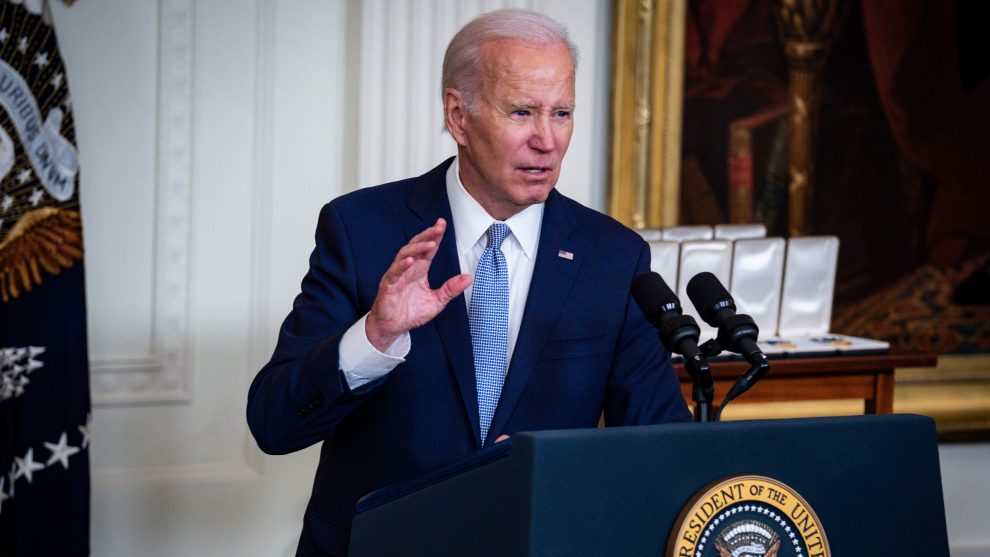 According to the Wall Street Journal, the initial search, authorized by DOJ, involved people with no security clearance looking for potentially classified material. “Mr. Biden’s legal team prepared to search his other properties for any similar documents, and discussed with the Justice Department the prospect of having FBI agents present while Mr. Biden’s lawyers conducted the additional searches,” the report said.

“Instead, the two sides agreed that Mr. Biden’s personal attorneys would inspect the homes, notify the Justice Department as soon as they identified any other potentially classified records, and arrange for law-enforcement authorities to take them,” the report added.

Rep. James Comer (R-KY), House Oversight Committee chair, believes nobody would have known of the unearthed documents in the Biden Penn Center or Biden’s home if CBS News had not first reported the scandal. The White House claimed total transparency after the scandal broke.

The White House has not yet explained why Biden’s personal attorneys initially searched Biden’s residence and the Biden Penn Center for classified documents.

On Thursday, five additional classified documents were found just hours after the White House revealed that one document had been found Wednesday in a storage area near the garage of Biden’s Wilmington home, the New York Times reported Saturday. Justice Department employees retrieved the document Thursday that had been unearthed Wednesday by the president’s legal team, who did not have security clearances.

Biden’s personal attorney, Bob Bauer, stated Saturday that the single document lead Biden’s attorneys to five more classified documents, which were apparently unearthed because “Biden’s personal legal team did not have security clearances, so when they saw the one-page document with classification markings, they cleared the area and did not look further.”

So far, a total of 25 classified documents have been discovered by the president’s personal attorneys — some of which are top secret.
Jonathan Turley, attorney and professor at George Washington University Law School, questioned on Monday why Biden used his own personal attorneys to search for the classified information.

“It’s strange Biden did not use security officers or the FBI to conduct further searches,” he wrote in the New York Post Monday. “The president has a host of people who regularly handle classified material. So why use the lawyers?:

The answer appears the same as in the case of Hillary Clinton’s emails: control. Using private counsel allows Biden to raise attorney-client privilege. Trump also used counsel, but eventually the FBI raided his home to search and remove not just classified material but documents found in boxes with that material.

While that attorney-client privilege can be overcome under a “crime/fraud exception,” it adds a level of initial protection. It also allowed Biden to control the discovery and initial record of the discovery of classified information.

The Biden administration has failed to comply with the House Oversight Committee’s investigation into President Joe Biden’s mishandling of top secret documents after promising the “highest standards of transparency” in U.S. history. https://t.co/STNJ2s3Ef2