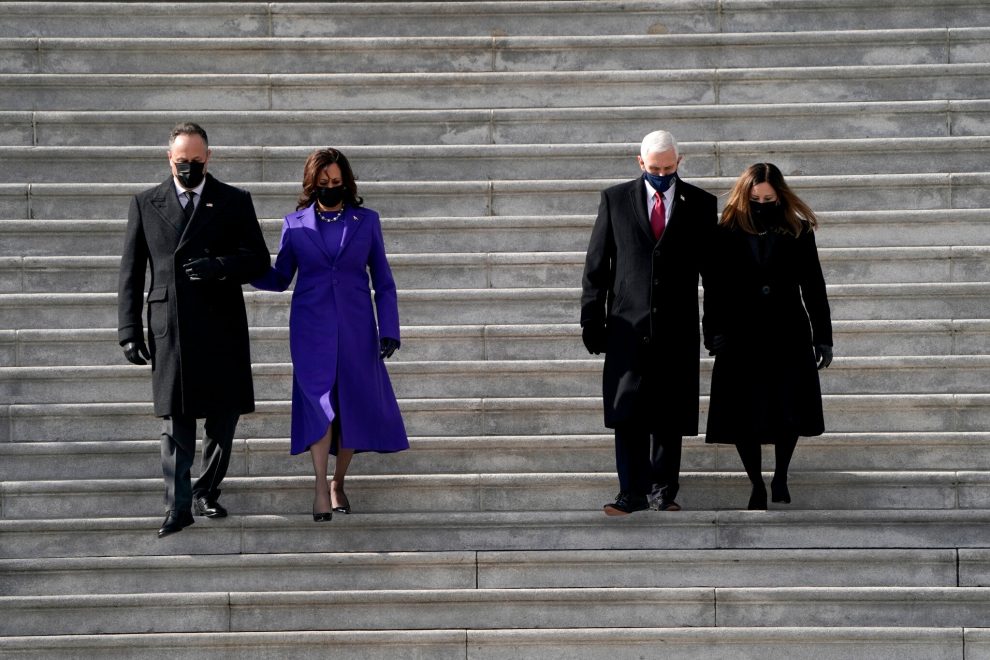 In its cases against Trump supporters who were in or near the Capitol protesting the 2020 Election on Jan 6, the DOJ makes claims as to who was at risk during this time. The DOJ claimed both future VP Harris and then-current VP Pence were in the Capitol at that time. It turns out both might be false.

In their false charges against Trump supporters targeted by the DOJ for their actions on Jan 6, the DOJ makes numerous claims. One claim pertinent to the DOJ’s case is that Biden’s VP Kamala Harris and Trump’s VP Pence were located at the Capitol at that time. But is either true?

A mother of one of the attendees of the event who was charged by the DOJ with a felony laid out a number of issues with the government’s case.

One item noted in the above article is that neither Harris or Pence were at the Capitol during a critical time period.

More than 100 defendants have been given the 1512 felony charge that could potentially lend them in jail for many years as the maximum sentence is up to 20 years of jail time. However, this charge is inaccurate, as no Congressional Session was being held but it appears now that neither of the two Primary members, Kamala and Pence, were actually at the Capitol. They had been evacuated from the grounds due to the pipe bomb discorvered at the DNC and RNC. Harris was at the DNC and Pence left around 1:40, so neither were present. It is to be noted that this charge was leveled originally against Enron employees who destroyed evidence as hearings were occurring in DC.

Far-left Politico is finally catching up to this issue. In a report yesterday Politico says:

Earlier versions of the charge against Griffin erroneously indicated that then-Vice President-elect Kamala Harris — another Secret Service protectee — was on Capitol Grounds during the riot.

But prosecutors have acknowledged their initial contention was erroneous, and POLITICO since revealed that Harris was blocks away at the offices of the Democratic National Committee when the mob overran the building. There, she was evacuated after authorities discovered a pipe bomb outside. Prosecutors have subsequently removed language related to Harris from hundreds of Capitol riot indictments.

McFadden hammered on that point in his order.

“The Government has never explained how it got such a basic fact so wrong for so long,” he said. “Presumably, it was relying on representations—and in felony cases, grand jury testimony—of Secret Service personnel. Given all that, Griffin may probe the Government’s evidence as to the location of Vice President Pence.”

In upcoming cases, the whereabouts of VP Pence on Jan 6 are now in question. The Secret Service doesn’t want to say where he was but if he was offsite and not even in the Capitol we will know that the corrupt DOJ will have misrepresented where both Harris and Pence were on Jan 6.