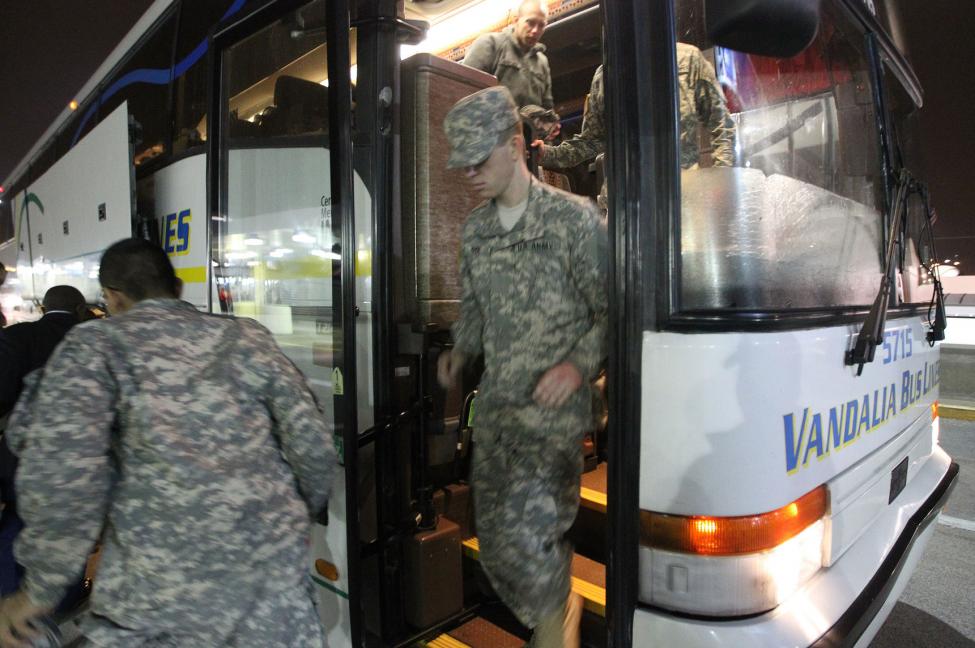 Pentagon officials late Friday announced a total domestic travel ban for all troops, civilian personnel and their families until May 11 in an effort to limit their potential exposure to the coronavirus.

In addition, troops will be granted “only authorized local leave” for the duration of the travel restrictions, limiting their ability to visit family and friends in far away states.

“These restrictions are necessary to preserve force readiness, limit the continuing spread of the virus, and preserve the health and welfare of service members, DOD civilian employees, their families and the local communities where in which we live.”

“All DOD military personnel will stop movement while this memorandum is in effect,” Deputy Secretary of Defense David Norquist wrote in the announcement.

Exceptions to the travel stoppage will be made for patients and medical providers, as well as their families. Individuals who have already begun travel will be allowed to complete their trips in coming days. Troops approaching retirement or separation are exempt.

But officials warned that those exceptions will “limited in number” and must be approved by senior military leaders, including the combatant commanders and service secretaries.

Defense Department hiring practices will also be impacted. “Until the domestic travel restrictions prescribed above are lifted, DOD components may only onboard civilian employees within the local commuting area.”

Earlier on Friday, President Donald Trump declared the coronavirus outbreak a national emergency, allowing his administration to tap into up to $50 billion in federal resources for public health response efforts.

“I’m urging every state to set up emergency operation centers effective immediately,” he said in his second national address on the issue this week. “I’m also asking every hospital in this country to activate its emergency preparedness plan so that they can meet the needs of Americans everywhere.”

More than 1,600 cases and 40 deaths in America have been attributed to the virus so far. Numerous public schools systems announced in recent days they will shut down for several weeks, and professional sports leagues and major entertainment venues like New York’s Broadway district have stopped all operations for the near future.

In his memo, Norquist warned that additional preventive measures could be announced in coming days.