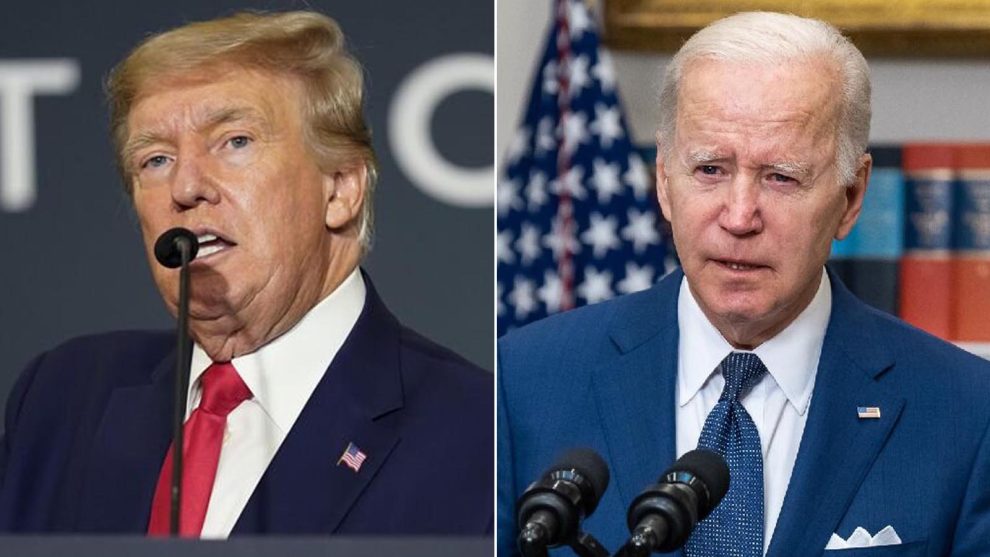 President Joe Biden’s White House was intimately involved in the Department of Justice’s (DOJ) criminal probe into former President Donald Trump, according to government documents reviewed by Just The News.

Several correspondences between Trump’s attorneys and members of the Biden administration revealed that the federal government appeared poised to waive Trump’s claims of executive privilege over documents that Trump kept at Mar-a-Lago until earlier this year.

As Just The News reported:

The memos show then-White House Deputy Counsel Jonathan Su was engaged in conversations with the FBI, DOJ and National Archives as early as April, shortly after 15 boxes of classified and other materials were voluntarily returned to the federal historical agency from Trump’s Florida home.

By May, Su conveyed to the Archives that President Joe Biden would not object to waiving his predecessor’s claims to executive privilege, a decision that opened the door for DOJ to get a grand jury to issue a subpoena compelling Trump to turn over any remaining materials he possessed from his presidency.

A May 10 letter from acting National Archivist Debra Steidel Wall to Trump’s legal team confirmed the White House’s involvement in the DOJ probe against Trump.

“On April 11, 2022, the White House Counsel’s Office — affirming a request from the Department of Justice supported by an FBI letterhead memorandum — formally transmitted a request that NARA provide the FBI access to the 15 boxes for its review within seven days, with the possibility that the FBI might request copies of specific documents following its review of the boxes,” Wall wrote.

The Counsel to the President has informed me that, in light of the particular circumstances presented here, President Biden defers to my determination, in consultation with the Assistant Attorney General for the Office of Legal Counsel, regarding whether or not I should uphold the former President’s purported “protective assertion of executive privilege.”…I have therefore decided not to honor the former President’s “protective” claim of privilege.

These documents reviewed by Just The News are the strongest pieces of evidence showing the Biden White House’s involvement in the DOJ probe, although the White House previously claimed to have “no advanced knowledge” of the recent FBI raid on Mar-a-Lago.

“Does ANYBODY really believe that the White House didn’t know about this?” Trump posted on Truth Social. “WITCH HUNT!”

However, Just the News does not report that the White House had specific knowledge of the search warrant or the raid, but that their participation, through waiving executive privilege, was crucial to the investigation.

In affirming its decision not to honor Trump’s claims of executive privilege, Wall relied on a Supreme Court precedent that “strongly suggests that a former President may not successfully assert executive privilege ‘against the very Executive Branch in whose name the privilege is invoked.’”

However, this case was ruled before Congress’s current Presidential Records Act was enacted, Just The News explained.

Wall’s letter to Trump’s attorneys also claimed the former president had items marked as “classified national security information” in the set of 15 boxes Trump’s team returned to the National Archives in February.

Other documents reviewed by Just The News showed that Trump lawyer Evan Corcoran spoke with then-White House Deputy Counsel Jonathan Su about Trump’s executive privilege claim over the documents in the spring.

Wall confirmed the Biden administration would not “honor the former President’s ‘protective’ claim of privilege” after Corcoran sent his letter to Stern.

Weeks after Wall’s letter to Corcoran, the DOJ sent Trump’s attorney a grand jury subpoena requesting the return of any national security documents left at Mar-a-Lago, roughly two months before the FBI raid on Trump’s home.

“I was very surprised. The current president should not be able to waive the executive privilege of a predecessor, without the consent of the former president. Otherwise, [privilege] means nothing,” Dershowitz said. “What president will ever discuss anything in private if he knows the man who beat him can and will disclose it.”

“The best thinking is that an incumbent president cannot waive the right of the previous president. It would make a mockery of the whole notion of privilege,” Dershowitz continued.

Trump has routinely criticized the FBI for conducting the “illegal” raid on Mar-a-Lago. In addition, the former president has explained that he would have complied with further document requests from law enforcement had they asked.

“My attorneys and representatives were cooperating fully, and very good relationships had been established. The government could have had whatever they wanted, if we had it,” Trump posted on Truth social.