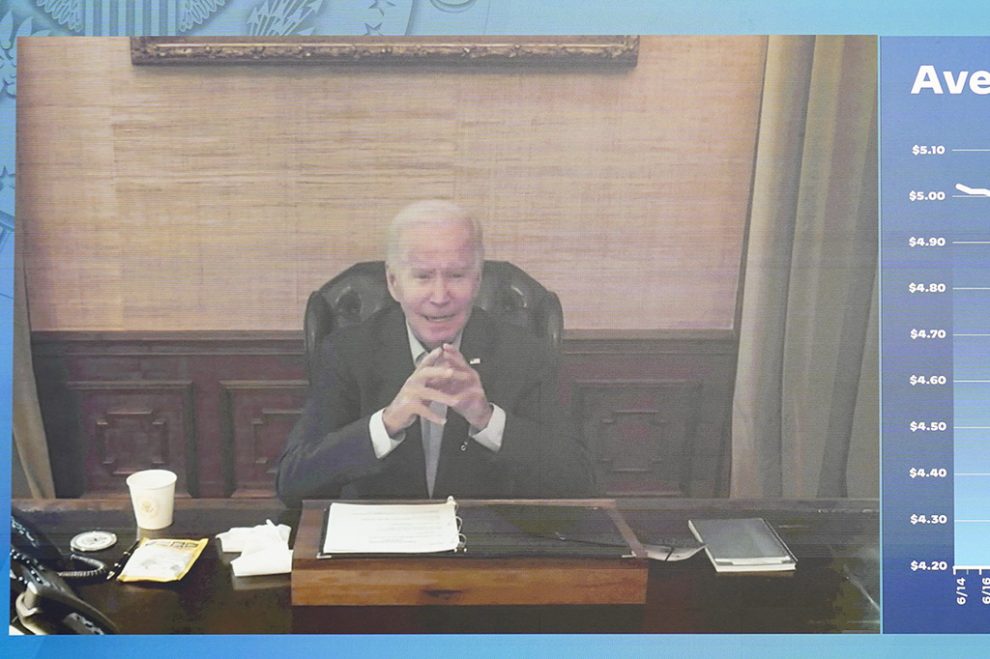 The White House continues releasing updates on President Joe Biden’s health after his positive test for the coronavirus on Thursday.

The president’s physician Dr. Kevin O’Connor released a note Sunday outlining Biden was improving although he still had a sore throat.

“This is most likely a result of lymphoid activation as his body clears the virus, and is thus encouraging,” the note read.

Biden also experienced symptoms of a runny nose, cough, and body aches and continues to have a hoarse voice, the doctor noted.

O’Connor also revealed that Biden uses an albuterol inhaler to treat his cough.

White House COVID-19 Response Coordinator Dr. Ashish Jha told reporters Friday that Biden does not always use an inhaler to treat his cough, but has used one in the past when he has gotten sick.

Where did Biden Catch COVID?

“He does not use it on a regular basis. It’s not part of his regular medications, in the context of a viral syndrome,” Jha said.

The president experienced a slight increase in temperature, the doctor noted, rising to 99.4, but White House officials adamantly insisted it was not a fever.

“He did not have a fever last night, just to make that clear,” White House press secretary Karine Jean-Pierre told reporters Friday. “99.4 is not a fever. It’s not even a low-grade fever.”

The White House continues refusing requests from the media to make the president’s physician available for questioning, instead releasing prepared notes to update the public about his current status.

O’Connor said Biden’s oxygen saturation continues to be “excellent on room air” although the White House declined multiple times on Friday to release the numbers of his oxygen levels.

He will continue his Paxlovid treatment, his doctor noted, as he continues to fight the virus.

The president will continue to isolate for at least five days, White House staffers said, until he tests negative for the infection.

On Friday, the president was noticeably hoarse during a live stream meeting with his staff, but he insisted to reporters he was feeling fine.

“I feel a lot better than I sound,” he said, flashing a thumbs up to the camera when reporters asked how he felt.

Biden is scheduled to deliver remarks Monday via video to the National Organization of Black Law Enforcement Executives.

Jean-Pierre and Jha plan to deliver another update on the president’s health on Monday afternoon, even as officials insist the president is doing fine.

“The president is improving. He has very mild symptoms of a virus and we should be thrilled that the president of the United States is doing better,” Jean-Pierre said Friday.