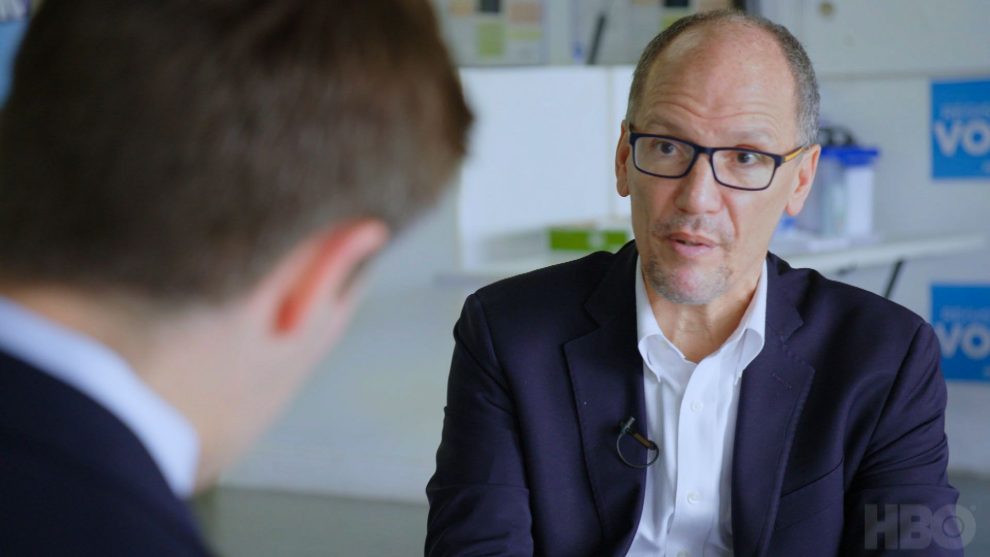 During an interview with Axios on HBO, Democratic National Committee (DNC) chairman Tom Perez said he “doesn’t know what faith” President Trump’s voters are following at houses of worship after going to the president’s rallies.

JONATHAN SWAN: Cardinal Timothy Dolan, he’s the leader of the Catholic Church in America, he wrote this after you made those comments: “It saddens me and weakens the democracy millions of Americans cherish when the part that once embraced Catholics now slams the door on us.

TOM PEREZ: Actually the majority of Catholics voted for Democrats in 2016. Matthew 25 is a pretty important teaching. And Matthew 25 says, you know, “when you are hungry, I fed you. When you were naked, I provided you with clothing. When you were an immigrant, I welcomed you.” I think one of the reasons why so many people are moving away from Donald Trump is that he’s abandoned all of those values.

SWAN: It said it saddened him because the Democratic Party stands for so much of what Catholicism teaches. But this particular area of Catholic doctrine, you are saying it’s not negotiable. That was his point.

PEREZ: Again, the challenge that I see among a lot of people that go to Donald Trump rallies and then they will go to church on Sunday — and I don’t know what faith they are worshipping — Donald Trump has done more to hurt the least of us, among us, than just about any president I can think of.