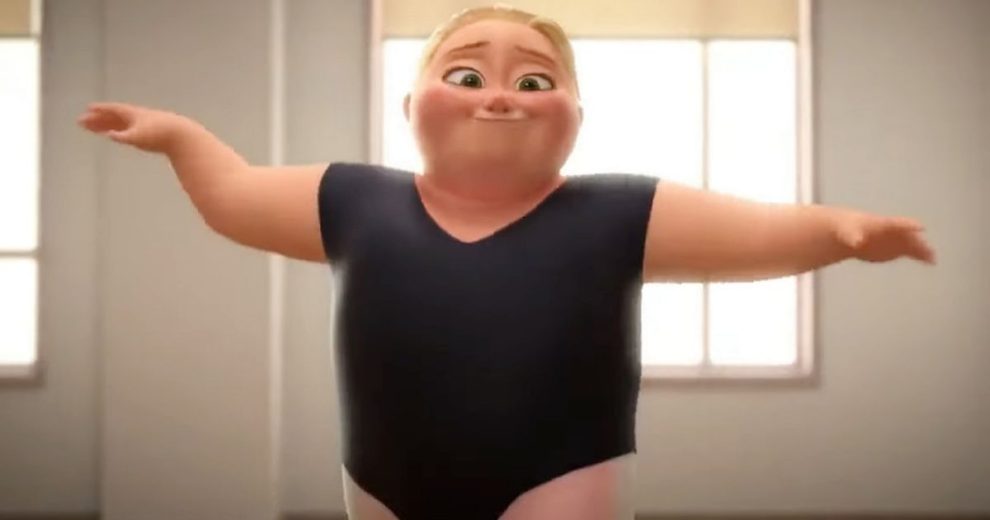 The animated movie, “Reflect,” tells the story of Bianca, a ballet dancer who “battles her own reflection, overcoming doubt and fear by channeling her inner strength, grace and power.”

Directed by Hillary Bradfield — whose credits including the hit Disney movies “Frozen 2” and “Encanto” — “Reflect” is part of the Mouse House’s “Short Circuit” series of experimental films devoted to topics such as developing one’s self-esteem and promoting “body positivity,” or acceptance of physiques regardless of size and shape.

In a brief clip released by Disney, Bianca is seen practicing ballet in the mirror as the image reflected in the mirror breaks apart — symbolizing her own negative self-image. “Reflect” is The rollout of the plus-sized protagonist divided public opinion on social media.

Some Twitter users accused Disney of “glorifying obesity” while others disagreed, saying that it was important for media companies to adequately depict a cross-section of society.

But one Twitter user commented that this sends an important message to young people who may be struggling with self-acceptance.

“16 year old me needed this Disney short before I quit ballet because I didn’t want to be the fat girl in class anymore,” tweeted Meg Potter.

“I’m glad little ones will have this.”

Earlier this year, conservatives expressed outrage after a leaked video of an episode of the kids show “Baymax!” featured a transgender man who buys tampons at a supermarket.

The moves are part of a corporate strategy laid out by a Disney executive who said the company would produce more entertainment content that featured characters from underrepresented groups, such as racial minorities and the LGBTQ community.

Karey Burke, president of Disney’s General Entertainment Content, told employees in March that Disney aims to have at least 50% of its regular characters depict those from “underrepresented groups.”

The decision thrust Disney into the center of the culture war surrounding the hot-button question of educating youngsters about gender and sexual identity matters earlier this year.

The company also ignited fierce backlash from conservatives when it publicly opposed a bill passed by Florida’s GOP-dominated state legislature banning the instruction of gender and sexual identity topics before the fourth grade.

The “Don’t Say Gay” law, as it was dubbed by critics, was signed by Florida Gov. Ron DeSantis, a potential Republican candidate for president in 2024.

DeSantis and his GOP allies in Tallahassee retaliated by stripping Disney of its semi-autonomous status over its theme parks in and around Orlando.