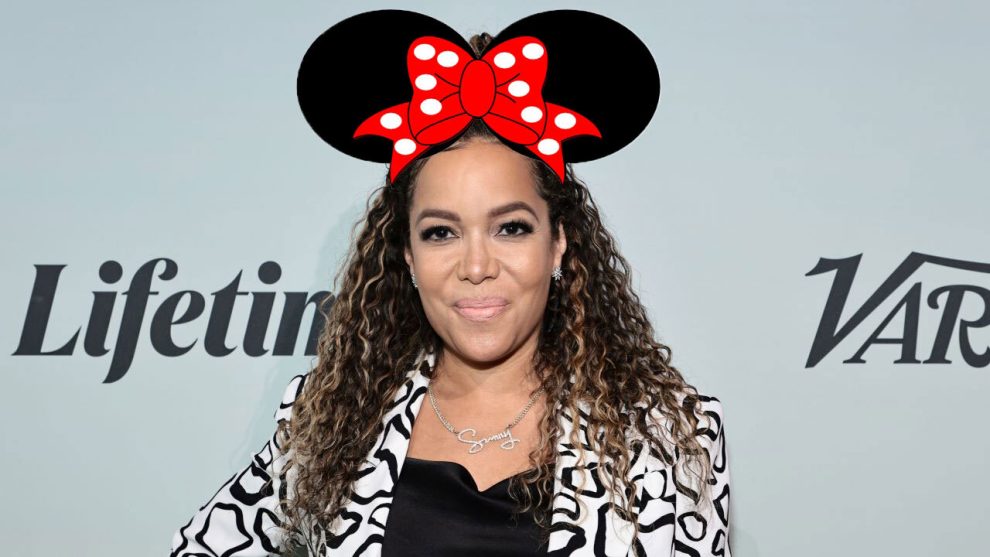 ABC’s “The View” co-host Sunny Hostin stunned conservatives on Friday when she declared Black Republicans were an “oxymoron” and said she didn’t “understand” Blacks or Latinos in the GOP.

There were cries from the right that Hostin’s language was racist and merited an apology. But for Disney, a company swept up in politics in recent months, it seems like another day at the office. Both it and ABC have had nothing to say about a host of its daytime talk show making the broad racial declaration.

A Disney spokesperson directed Fox News Digital to an ABC spokeswoman for “The View,” who didn’t respond to multiple requests for comment. Hostin’s remarks weren’t addressed on Monday’s program, which was devoted largely to protesting the possible overturning of the Roe v. Wade Supreme Court decision.

“The silence is to be expected,” Media Research Center Latino Director Jorge Bonilla told Fox News Digital. “Identity politics as such is that if you are Black or if you are Hispanic or any other minority, it is expected that in order to play ball within the left’s liberal identity playpen, and then you have to subscribe to all the tenets of the Democratic Party and the far left… [If you don’t,] you are a race traitor, so this is pretty commonplace.”

Disney was eager earlier this year to weigh in on Florida’s controversial parental rights law, whose “Don’t Say Gay” moniker bestowed by critics was frequently repeated by mainstream media outlets. One of the law’s aspects barred teachers from discussing sexual orientation or gender identity in kindergarten through third grade. The public feud between the corporate giant and Gov. Ron DeSantis, R., made weeks of headlines; ultimately, DeSantis signed a bill stripping Florida of its special self-governance status.

And the Disney-owned network acted earlier this year when “The View” host Whoopi Goldberg said Jan. 31 that the Holocaust wasn’t “about race” and suggested the Nazis and the Jews were “two groups of White people.” A day later, ABC suspended her from the program for two weeks.

But on Hostin, who made the remark to guest co-host Lindsey Granger and fellow co-host Ana Navarro, it’s had nothing to say.

“Whoopi Goldberg’s smear was so blatantly anti-Semitic that it became impossible to ignore with outrage coming from just about every spot on the political spectrum,” the Media Research Center’s Curtis Houck told Fox News Digital. “Sadly, Hostin’s gross denial of humanity toward Black Republicans won’t receive much attention so long as Joy Reid and Tiffany Cross are in place at networks like MSNBC where virulent racism is not only allowed, but encouraged.”

Hostin and Granger didn’t respond to requests for comment. While Granger pushed back on Hostin’s comments, Navarro – who is nominally Republican but openly supports Democrats – tried to break the tension by deflecting back to discussing incoming White House press secretary Karine Jean-Pierre.

Bonilla said ABC and Disney didn’t want the headache of disciplining Hostin, who is Afro-Latina, even if anyone there did disagree with her remarks. He noted Navarro, despite Hostin’s harsh criticism of her as a Latino Republican, “deflected onto a seal clap line” about Jean-Pierre.

“If somebody from within an ethnic minority is going to rail at an out group, corporations don’t care enough to get involved, unfortunately,” he said. “I certainly think there would be a fear of alienating some of your talent on some of these rosters like ‘The View’ and some others.”

“As a Christian Black Conservative, comments—like those made by Sunny Hostin—only serve one purpose: to belittle the millions of Black conservatives throughout the United States for their values and beliefs, particularly as it comes to defending the lives of the unborn,” Oklahoma Republican Senate candidate T.W. Shannon told Fox News Digital. “Since Roe v. Wade was decided, 20 million Black babies and counting have been aborted, yet Black Lives Matter proponents like Sunny refuse to acknowledge their lives. I am proud to belong to the Republican Party, whose policies demonstrate support of the Black community—both born and unborn.”

Former President Trump lost in 2020 but gained support among Black and Latino voters from 2016, while Biden’s victory was powered by an increase over Hillary Clinton in support from White voters.

Yet, the sentiments from Hostin aren’t uncommon from some mainstream and left-leaning media outlets.

Hostin and others on the left have also suggested Sen. Tim Scott, R-S.C., is asking against his own race with some of their commentary in recent years. Hostin singled him out for not supporting Ketanji Brown Jackson as she became the first Black woman to be confirmed to the Supreme Court, and Scott has also been dinged by Reid as akin to a racial token. When he gave the Republican response to President Biden’s address to Congress in 2021, “Uncle Tim” trended on Twitter from angry left-wing critics as he declared the U.S. was not a racist country. It was largely ignored in the press.

Georgia Republican Senate hopeful Herschel Walker, who is the frontrunner to win the party’s nomination to challenge Sen. Raphael Warnock, D-Ga., was called a “political minstrel show” by The Nation’s Elie Mystal last month, and told Fox News Digital that sort of coverage didn’t surprise him.

“President Biden’s policies have failed every American, including Black and brown Americans, and the media is choosing to focus on dividing people over race instead of covering this administration’s failures,” he said. “Under President Biden and Senator Warnock, we are seeing higher gas and grocery prices, rising crime, and dangerous open borders. These policies are failing everybody from every neighborhood. Joe Biden said it best, if you don’t vote for me, you ain’t black. Now we are seeing that this also applies to people who don’t think, speak, or campaign like they do.”