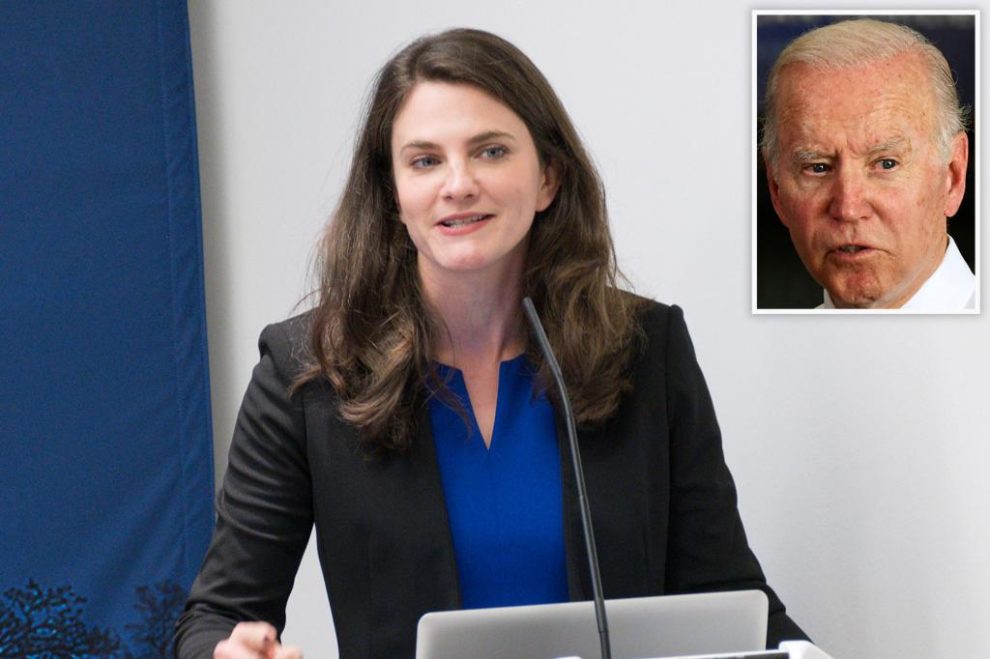 The Department of Homeland Security is reportedly pausing the Disinformation Governance Board three weeks after its creation was challenged by Republicans.

The Washington Post’s Taylor Lorenz reports that the DHS decided to shut down the board on Monday and that its leader Nina Jankowicz had drafted a resignation letter in response to their decision.

The DHS has offered Jankowicz the chance to stay in the department, defending her in a statement to the Washington Post.

The Biden Administration is now trying to paint Jankowicz as a victim after journalists questioned her role citing a host of questionable positions on freedom of speech and government censorship as well as cringeworthy Tik-Tok videos.

“Nina Jankowicz has been subjected to unjustified and vile personal attacks and physical threats,” a DHS spokesperson said in a statement.

“These smears leveled by bad-faith, right-wing actors against a deeply qualified expert and against efforts to better combat human smuggling and domestic terrorism are disgusting,” deputy White House press secretary Andrew Bates said in a statement.

Jankowicz was told by DHS officials to stay silent about her role in the department after she tried to defend a statement she made on Twitter about Hunter Biden.

For those who believe this tweet is a key to all my views, it is simply a direct quote from both candidates during the final presidential debate. If you look at my timeline, you will see I was livetweeting that evening. https://t.co/nI7ZgBtTLC https://t.co/4DjBl9bzt0

With Republicans likely to win the majority in one or both houses of Congress next term, Jankowicz would likely be subject to more questions and congressional testimony about her role on the disinformation board.

Behind the scenes, the DHS appeared to concede the fight to save Jankowicz was over but indicated they would look for other ways to combat misinformation.

“We’re going to need another Nina down the road,” a DHS staffer said anonymously to The Washington Post. “And anyone who takes that position is going to be vulnerable to a disinformation campaign or attack.”