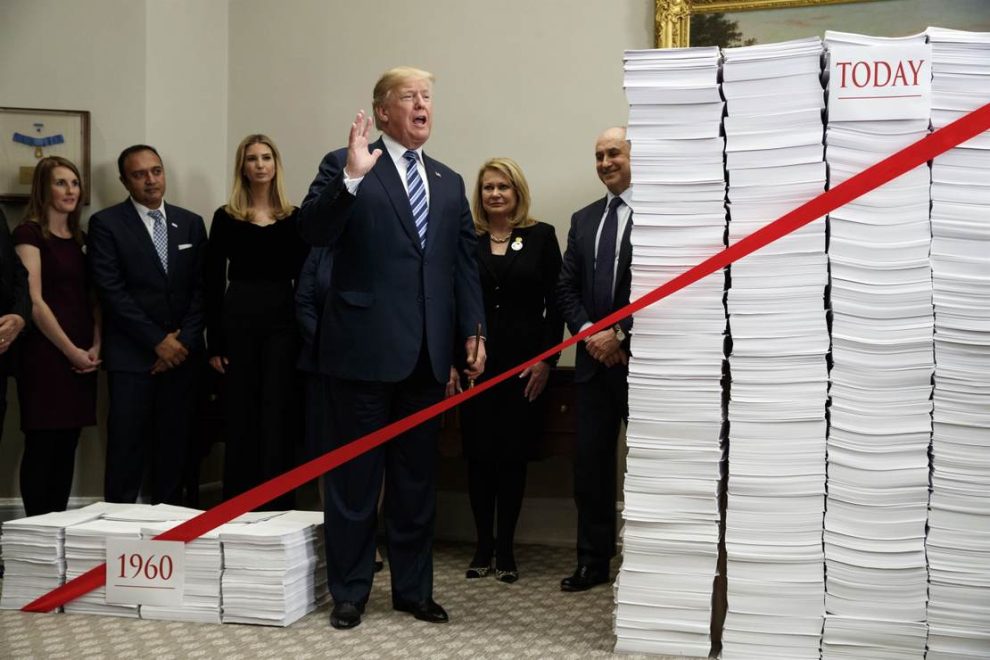 By now you know the story of the raid on Donald Trump’s home at Mar-a-Lago in Palm Beach, Fla., but since then, there’s been a pitched debate in the chattering class on TV and the media about Trump’s ability to declassify information. And since he did declassify items, why is it an alleged crime now to possess those documents? I may have the beginnings of an answer.

It’s indisputable that the president may classify and declassify documents. The office of the president has had this authority since World War II. President Obama codified the executive authority to do it in an Executive Order. Even the Washington Post had to admit that.

Trump declassified documents pertaining to the Russia collusion hoax and the Hillary Clinton email scandal in 2020 and 2021. Trump and his ally and National Archives and Records Administration (NARA) representative, Kash Patel, wanted these in the public domain. According to ABC News, Trump wanted these declassified documents reported on Just the News and Kash Patel’s website. This is why Patel immediately believed, following the raid on August 8, that the issue was about scuttling all of the Russia collusion documents. He was planning to put them on his website to explain how the FBI, CIA, Hillary Clinton’s campaign, the Perkins Coie law firm, and too many more to mention conspired to destroy Trump with this fake scandal.

The argument is over what Trump did after he stood “over a set of documents and sa[id] these are now declassified,” as former Defense Department Chief of Staff Patel told Fox Business host Maria Bartiromo last Sunday. Patel said 60% of the documents had been released already, but Trump and Patel wanted all of the documents in the public in order to display the deep state treachery. He thinks the FBI staged the raid to keep them under wraps forever.

The former national security federal prosecutor told Bartiromo, “And that is done with definitive action immediately, but the fact that the bureaucrats at NARA who referred — remember the National Archives (NARA) are the ones who referred this to the Department of Justice, but they, the same principle, failed to refer the Hillary Clinton to the Department of Justice when they got their hands on the classified emails from those servers.”

But Patel said on a podcast before the raid that “White House counsel and company disobeyed a presidential order and implemented federal governmental bureaucracy on the way out to basically send the stash to the National Archives, and now that’s where it’s at,” according to ABC News. We don’t know why at this point.

Mike Davis, President of the Article III Project, says that if presidents were prosecuted for espionage, President Obama would have been busted for secretly telling the Russian president in 2012 that he’d have more time to negotiate with Vlad after the 2012 election. He wasn’t “because he’s the president! Period.”

And here we are. The FBI Director and Attorney General greenlit a raid before an election, accusing a former president of violating the Espionage Act while the two sides were still negotiating moving documents to NARA. Trump has been out of office for less than two years. It took the same archivist years to come to an agreement with former President Obama about the 30 million pages of records of his that NARA demanded. And did that same librarian ever encourage a raid of Hillary Clinton when she destroyed documents that were under a preservation order by Congress? If he did, it never happened.

But what if Joe Biden reclassified those documents to set up the pretext for the raid? Can Trump be prosecuted for having the documents?

Former U.S. diplomat Scott R. Anderson told the Wall Street Journal that, even if Trump declassified the documents, “it would not be hard for the Biden administration to reclassify them.” The former government attorney also said, “I don’t see any barrier to that.”

Former federal prosecutor Andy McCarthy writes that Trump may not have done enough to declassify the documents, though it is indisputable that he has the authority to classify and declassify. He notes parenthetically, “I assume just to be on the safe side, the Biden administration has re-classified whatever information Trump says he declassified.”

The classification issue may have been chaff that the DOJ deployed to distract the media, along with the leak of the nuclear secrets.

As law professor Margot Cleveland writes in The Federalist, the classification of the documents isn’t essential to the DOJ’s charges. She points out that “the search warrant specified that the ‘property to be seized’ included ‘all physical documents and records constituting evidence, contraband, fruits of crime, or other items illegally possessed in violation of 18 U.S.C. §§ 793, 2017, or 1591.’ Material need not be classified to fall within any of those criminal code provisions” (emphasis mine).

But it prompts the question: can Trump be retroactively deemed in possession of classified materials that he had declassified when he was president, and can this somehow be criminalized?

Former Congressman Devin Nunes told Maria Bartiromo that it’s the latest chapter in the feds’ old Russia collusion book. The Feds “convened a grand jury, accused a president of being [a spy] – they went to a grand jury with that, Maria, so once again, this is a continued investigation of Trump and the Republican Party. It’s basically an investigation in search of a crime. And then conveniently they brought back the Mueller witch hunt argument that ‘Oh, my God, he’s obstructing justice!’ Obstructing justice on what, you jerks?”

The Trump media executive and former House Intelligence Chairman said that “the people who have been involved in all the scandals … the very same people who are now in charge of the DOJ and are at the White House” are running this operation, including Jake Sullivan, Hillary’s former campaign aide who helped seed the fake Russia collusion narrative as we learned in court testimony. He’s now Biden’s National Security Adviser.

Patel agreed. “You know, as a former national security prosecutor, in this national security division where this case is being run out of, it’s no surprise that the likes of John Carlin, who was the assistant attorney general for national security, who authorized the Russiagate hoax, to begin with, is now the number three official at DOJ. And Lisa Monaco is the number two official who was his superior back then. Now that this is a quote-unquote ‘ongoing FBI counterintelligence investigation,’ they will be able to come out to the American public and say ‘ongoing CI investigation. You will never be able to see the Russiagate docs or any other docs that President Trump lawfully declassified, and they will hide it from the public.”

“If you don’t think these people were involved you’ve been living under a rock somewhere,” Nunes added.

So the same DOJ and FBI who lied to the FISA court to get warrants to spy on Trump’s campaign and presidency using made-up Hillary Clinton opposition research are operating the Trump raid. The last time, they used fake news to allege Trump was a Russian secret agent.

Has Biden reclassified these documents to hide the evidence? And can this reclassification be used to criminalize Trump’s alleged possession of them?