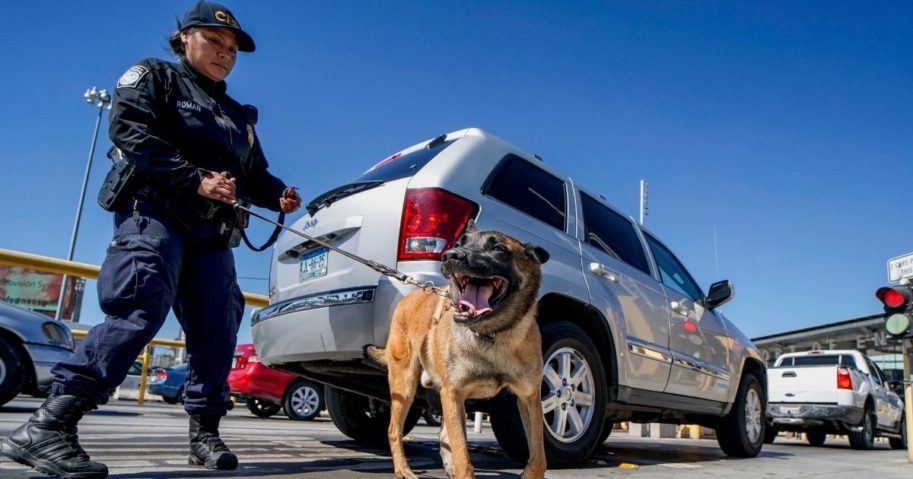 As part of its policy of reducing any legal entanglements that might arise from entering America illegally, the Biden administration announced Friday that it will no longer fine illegal immigrants scofflaws who fail to leave the country when ordered to do so.

Because fines were collected under the Trump administration, the Department of Homeland Security is also acting to have any debts canceled for illegal immigrants who owe the government money.

“There is no indication that these penalties promoted compliance with noncitizens’ departure obligations,” said Secretary of Homeland Security Alejandro Mayorkas, according to a news release on the DHS website. “We can enforce our immigration laws without resorting to ineffective and unnecessary punitive measures.”

The release said that the action to end Immigration and Customs Enforcement’s authority to levy the fines came after a review by Mayorkas and Acting ICE Director Tae Johnson.

They decided the fines “were not effective and had not meaningfully advanced the interests of the agency.”

However, the release also noted that the fines were stopped as of Jan. 20, when the Biden administration came into office, and that the new policy simply formalizes what was already in place.

The release said that ICE will work with the Department of Treasury to cancel debts.

In its reporting on the new policy, CNN said that only one percent of the fines issued was ever collected.

The release did not say whether those who have paid the fines will get their money back.

The release said that ICE had possessed the authority to issue the fines for 20 years, but had never acted until 2018, during the Trump administration.

Since President Joe Biden took office, ICE arrests have declined by 65 percent, compared with the final days of the Trump administration, according to Fox News.

In March, ICE arrested 2,214 illegal immigrants, down from 6,679 in December, according to CNN.

ICE has also undergone a vast reduction in the numbers of illegal immigrants in its custody.

Through March, the average daily population in ICE detention over the current fiscal year, which began in October, was 15,914.

The Biden administration’s immigration policies were recently excoriated by former Vice President Mike Pence in an Op-Ed in the Daily Signal.

“The catastrophe now unfolding at our border is a direct result of progressive policies and pronouncements emanating from Democrats in Washington. But Democrats can end this disaster just as quickly as they caused it.

“All they have to do is reinstate commonsense border enforcement and stop treating U.S. Immigration and Customs Enforcement and Border Patrol as a concierge service for illegal aliens,” Pence wrote.

“Immigration has been an existential issue for all nations at all times, but never more so for the United States. America is a welcoming nation to many who come in search of opportunity, but we also must be a nation of laws. Open borders combined with free health care, education, and welfare is a recipe for disaster. You can be for working-class families or you can be for open borders — but you cannot be for both,” he wrote.