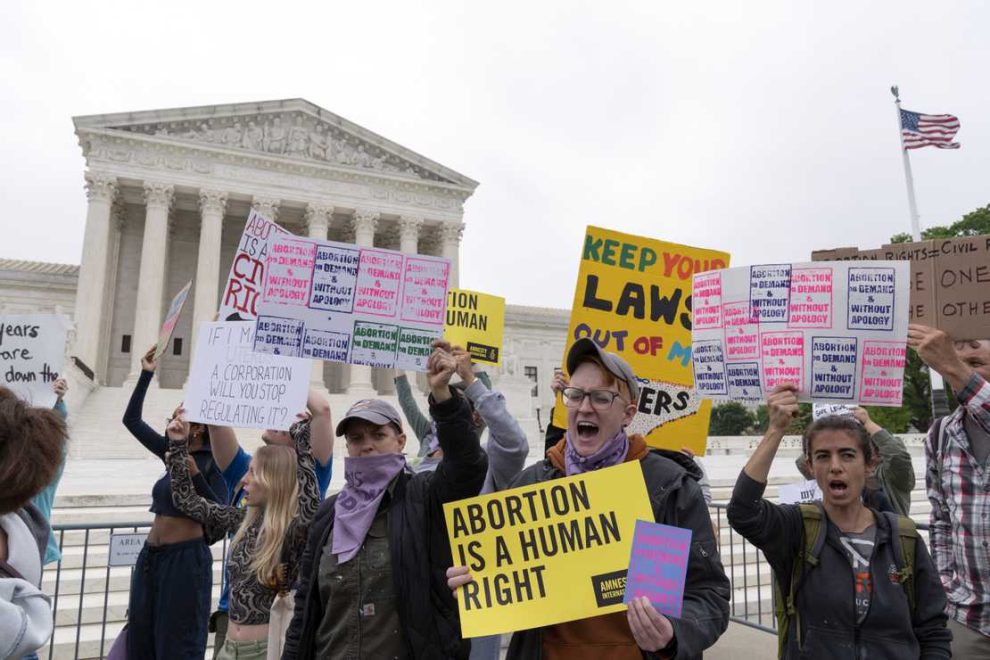 Roe v. Wade has at long last been overturned, and the Left’s response has been predictable: Leftists are pounding the walls and gnashing their teeth with rage and hatred. Rep. Alexandria Ocasio-Cortez (D-Make Mine a Double) has shouted that the decision is “illegitimate” and led pro-abortion activists in chants of “into the streets.” Rep. Maxine Waters (D-Unhinged) has proclaimed, “The hell with the Supreme Court. We will defy them!” But no one expects the supporters of Antifa and Black Lives Matter to confine their rage to words alone: even Old Joe Biden’s Department of Homeland Security paused from hunting for “white supremacists” on Friday to warn Catholic churches to prepare for a “night of rage.”

If there is violence at churches, it certainly won’t be anything new. Live Action’s Lila Rose pointed out Thursday that “Since the Dobbs v Jackson draft was leaked, pro-abortion activists have: -Vandalized 16 churches -Vandalized at least 16 pro-life pregnancy centers -Firebombed 4 pro-life pregnancy centers and offices -Attempted to assassinate a Supreme Court Justice Where’s the outrage?”

Where indeed? We can only imagine what would be happening now on CNN and in The New York Times if 16 abortion clinics had been vandalized, but the guardians of acceptable opinion can’t be bothered to deplore violence in the service of their pet causes.

Pro-abortion activists have been threatening violence if Roe was overturned for quite some time. It would be more surprising at this point if Leftists remained calm and vowed to work peacefully and within the bounds of the law than if they started howling with irrational rage and burning things down, as they sought to forbid states from outlawing the murder of children.

Accordingly, the DHS has told churches to be ready for “extreme violence.” This is striking in itself. Considering that Biden’s handlers’ Justice Department has taken the unprecedented step of publicly dissenting from the Supreme Court’s decision, and that the Biden administration refused to condemn the illegal protests at the homes of the Justices who were seen as likely to vote to overturn Roe (and did so), it’s nothing short of astonishing that this warning was issued at all. After all, the Biden Department of Homeland Security was only recently setting up a Disinformation Governance Board to monitor and control Americans’ speech. Now it cares if Catholic churches are targeted for being pro-life? It’s intriguing that DHS apparently believes it has to keep up appearances in this regard. Is the DHS aware that the cultural momentum is swinging away from the hard Left that has dominated American society for so long?

And so, the DHS warned Catholic Churches that pro-abortion terrorists, including the Antifa-linked Jane’s Revenge, are planning a “Night of Rage” for Friday night, with churches and pregnancy centers as their primary targets. Jane’s Revenge fulminated, “We have agonized over this apparent absence of indignation. Why is it that we are so afraid to unleash hell upon those who are destroying us? Fear of state repression is valid, but this goes deeper than that.”

The Roman Catholic Diocese of Stockton, Calif., accordingly issued an “urgent memo” to its clergy and parishes. It explained that a DHS agent, Jesse Rangel, had informed diocesan officials that an “extremist group” had issued a “manifesto” calling for attacks on churches beginning at 8 p.m. on the night that the Dobbs decision was issued, which would of course be Friday night.

According to Newsweek, “the memo does not describe the specific threats facing churches, but states that Rangel told the diocese that ‘large groups with cells nationwide have already been discovered ‘casing’ parishes, including here in California.’” Accordingly, the Stockton diocese issued a “critical notice” for clergy and parish officials to “develop a plan should you see or hear anything suspicious.”

The memo told the churches, “Make sure you have ushers and or security available during your services and perhaps identify who among your volunteers and parishioners are law enforcement. Suspicious activity would include someone asking out of place questions (Largest Mass times? Doors always open? Do you have security?), looking around church property, protestors, and general disturbances.”

That’s fine, but it also underscores the apparent fact that the churches are on their own. All the DHS did was issue a warning? Imagine if a militant pro-life group had announced plans to “unleash hell” on abortion centers. Do you think in that case that DHS would have limited itself to sending out a warning? The National Guard would be posted at every abortion center in the country. But when it comes to churches — well, there’s that two-tiered justice system again.