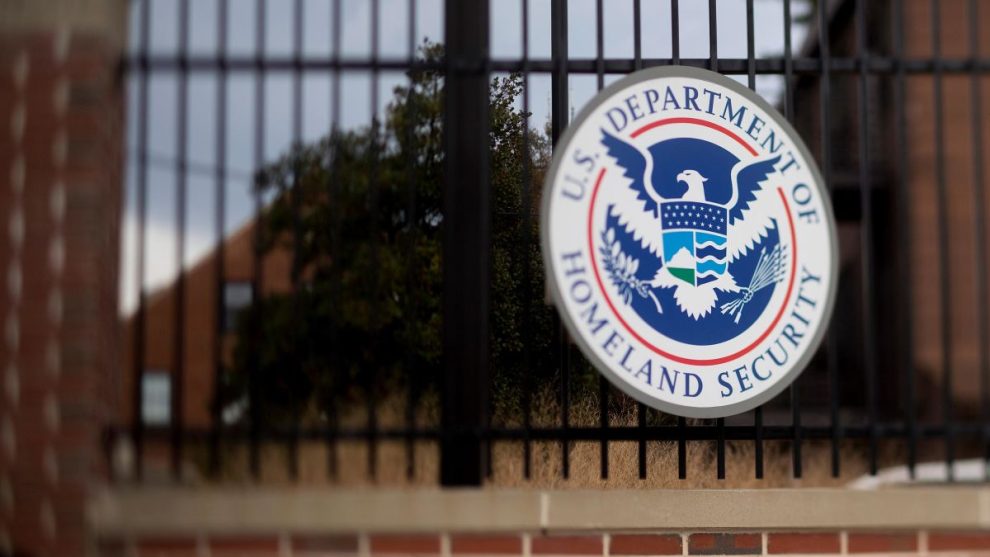 The Department of Homeland Security issued a bulletin Tuesday warning of a “heightened threat environment” over the next several months as they monitor both risks of domestic terrorism and foreign adversaries looking to sow discord within the U.S. to promote acts of violence.

“The United States remains in a heightened threat environment, as noted in the previous Bulletin, and several recent attacks have highlighted the dynamic and complex nature of the threat environment,” DHS said in a new bulletin from the National Terrorism Advisory System.

“In the coming months, we expect the threat environment to become more dynamic as several high-profile events could be exploited to justify acts of violence against a range of possible targets,” DHS said.

“Threat actors have recently mobilized to violence due to factors such as personal grievances, reactions to current events, and adherence to violent extremist ideologies, including racially or ethnically motivated or anti-government/anti-authority violent extremism,” DHS said.

“We continue to assess that the primary threat of mass casualty violence in the United States stems from lone offenders and small groups motivated by a range of ideological beliefs and/or personal grievances,” the bulletin said.

DHS pointed to several recent high-profile events including the mass shooting in Buffalo, New York, where the suspect in the grocery store attack allegedly claimed that he was motivated by racist, anti-Black, and anti-Semitic conspiracy theories. It also referred another May shooting attack in Laguna Woods, California, that targeted congregants of a church that serves the Taiwanese community.

The department said it is monitoring onling forums following the mass shooting at an elementary school in Uvalde, Texas, that have been encouraging copycat attacks.

The update from DHS Tuesday reiterated from its previous bulletin that individuals both for and against abortion online have advocated for violence against government, religious, and reproductive healthcare personnel, and facilities in response to the high-profile U.S. Supreme Court case.

“Chinese, Iranian, Russian, and other foreign malign influence actors have sought to contribute to U.S. internal discord and weaken its focus and position internationally,” the DHS said. “As the U.S. 2022 mid-term elections approach, malign foreign actors could bolster their messaging to sow discord and influence U.S. audiences in keeping with practices during previous election cycles.”

The bulletin noted how foreign actors have amplified narratives promoting societal division in the U.S., including since the onset of Russian President Vladimir Putin’s invasion of Ukraine.