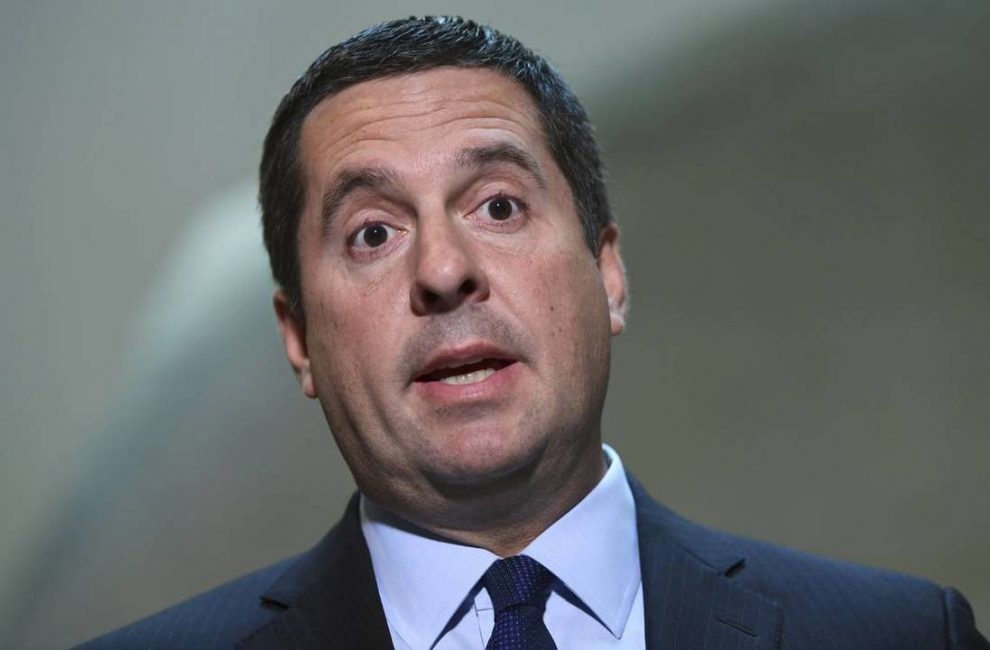 Rep. Devin Nunes, R-Calif., appeared to raise exceptions for the number of people who could be the subject of a criminal referral he plans to submit to the Justice Department in the coming days that focuses on the origins of the Trump-Russia investigation.

The ranking member of the House Intelligence Committee has been teasing a referral for months and previously predicted its delivery by the end of next week.

During a Fox News interview Wednesday evening, Nunes walked back his prior certainty the referral would be ready by Friday due to the burgeoning challenge of ensnaring as many individuals as possible.

“The American people need to have confidence in the FBI and the Department of Justice. We are working on the referrals,” Nunes said. “There’s going to be many of them. There are going to probably at least be a dozen if not two dozen individuals, and as we continue to get more information and build these and build them out, we want to make sure that everything is finished before we turn them in.”

Affirming commentary by host Sean Hannity about preventing future underhanded tactics to undermine President Trump, Nunes said, “There are people who definitely lied and misled Congress, OK? If they don’t go to prison, we are going to have a two-tier Justice Department, justice system in this country and it is not going to be good for the American people.”

Nunes has not named anyone who could appear in a referral, nor has he provided a specific number of people who would be targeted.

But there have been clues beyond him saying that “many” people would be criminally referred.

In February he said the GOP minority in the House Intelligence Committee offered up the names of roughly a dozen people they want to subpoena as the Democrats revitalize the panel’s Russia investigation, although he said it was doubtful the Democratic majority would cooperate. Instead Nunes has looked to Attorney General William Barr to make headway toward completing an investigation begun last year by a joint GOP-led task force comprising the Judiciary Committee and the Oversight Committee. Key to this effort, which has been bolstered by intelligence panel Republicans, was investigators looking over roughly 15 transcripts of interviews conducted by the task force last year.

The congressman has also railed against what he says is collusion between the Democrats and the Russians, pointing to use of the unverified Trump dossier by the FBI to obtain FISA warrants to spy on onetime Trump campaign official Carter Page as proof of an unraveling operation to undermine the president. That dossier, compiled by British ex-spy Christopher Steele, was funded in part by Hillary Clinton’s campaign and the Democratic National Committee