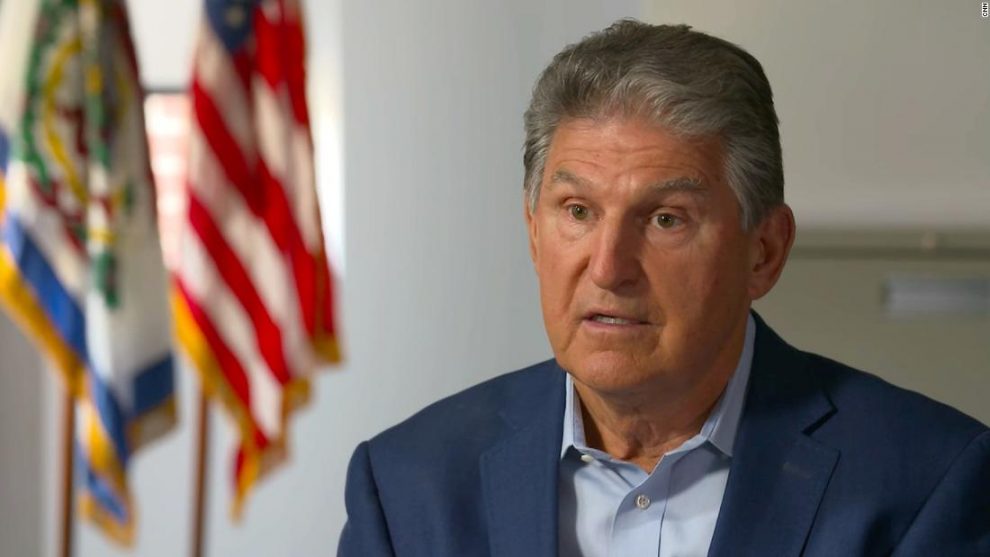 By now, you’ve probably heard that Sen. Joe Manchin broke his word to not support an inflation-inducing, tax-raising reconciliation bill. After a year of standing firm, the West Virginia senator bent the knee to the radicals in his party, signing off on nearly $400 billion in climate change spending coupled with a corporate tax hike that will be passed directly to consumers.

Instead of rewarding those who had supported him and acted in good faith, Manchin decided it was best to cave to the leftwing hysterics who harassed him in public and accused him of being a criminal. So what exactly did he get out of the deal?

The details are now out, and they make Manchin look even worse.

When I read that outline, the thing that jumped out to me the most was how vague and unenforceable many of the provisions are. Absolutely nothing in the first section, which is titled “designate and prioritize projects of strategic national importance,” amounts to anything more than a suggestion to the executive branch. The president and the bureaucracy will still retain control of the process despite the generic requirement for a “balanced list.” And given one of the qualifications for that list is “decarbonization potential,” take a wild guess at what will be prioritized.

The rest isn’t objectionable, per se, as much as it is largely irrelevant and hollow. If this permitting reform doesn’t actually disallow politicization of the process, and it clearly doesn’t, all it’s doing is requiring denials of much-needed projects be on a shorter timeframe. But is it really a win if an oil pipeline is shut down in two years instead of five by a malicious bureaucracy?

Moving down the line, you then have a section about enhancing federal government permitting of electric transmission facilities. But again, who gets to make those decisions? The answer is the Secretary of Energy. And who holds that position currently? That would be Jennifer Granholm, a radical leftist who has continually suggested that Americans should suffer in order to transition to “green” energy.

Heck, we aren’t even done yet, and this “compromise” already seems like another giveaway to the climate lobby. Where exactly is the compromise here? What did Manchin actually gain?

The answer is that he got some exceptionally vague promises centering on an LNG pipeline through West Virginia. “Require the relevant agencies to take all necessary actions to permit the construction and operation of the Mountain Valley Pipeline,” the document reads. I mean, if you are going to be bought off, maybe not be this obvious about it?

But what really puts the cherry on top of this pitiful performance by Manchin is that he’s unlikely to even get any of what he’s demanding. House Democrats can easily scuttle the entire thing and likely will. That outline is a best-case scenario, and even then, it delivers almost nothing of substance. I hope it was worth it for the West Virginia senator. He burned his credibility to the ground in order to please people who hate him, and all he’s getting are some empty, unenforceable promises. What a sucker.