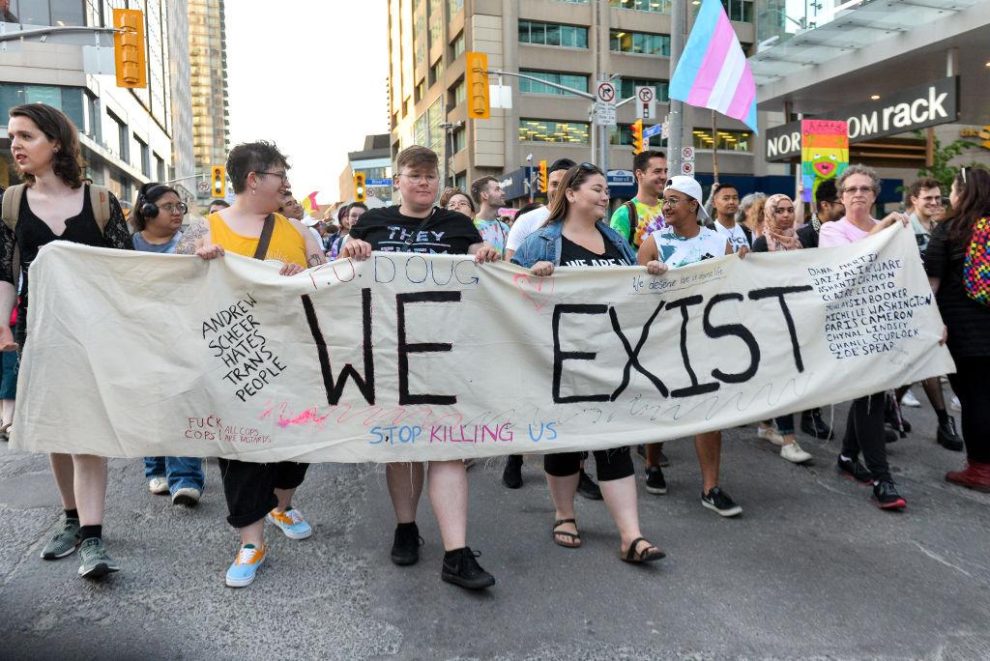 The federal government and elected leaders have ushered in inclusive language such as “birthing person” as opposed to “pregnant woman” or “mother” in recent years, but there is no data showing how many individuals who identify as transgender give birth in the United States on a yearly basis.

The Biden administration replaced the word “mothers” to “birthing people” in the 2022 fiscal year budget, sparking harsh criticism from conservatives that mothers were being canceled. Democratic Missouri Rep. Cori Bush referred to mothers as “birthing people” during a Democratic oversight committee hearing last year, while the chief medical officer at the New York City Department of Health used the same phrase in a tweet just last month.

The push to be more inclusive when referring to mothers has also been embraced by top corporations, with Apple unveiling a “pregnant man” emoji last month.

The push to be more inclusive when referring to mothers has also been embraced by top corporations, with Apple unveiling a “pregnant man” emoji last month.

Fox News Digital reached out to the Department of Health and Human Services by both phone and email inquiring if there is any data on transgender pregnancies and births, but did not receive any replies. Fox News Digital also reached out to the nine largest hospitals and hospital systems in the U.S. for a rough estimate, but only heard back from one hospital representative who said Providence health does not “have this data available to share.”

The World Professional Association for Transgender Health also did not respond to a request for comment on such data. WPATH is an international nonprofit organization that has set “Standards of Care” for health professionals working with transgender people that has been endorsed by multiple medical organizations.

There is no data on such births as medical systems track pregnant transgender men as female, NBC reported in 2019.

Other countries, such as Australia, have tracked transgender pregnancies and recorded 22 during the 2018-19 financial year out of 35,000 births in the country that year.

The number of people who identify as transgender in the U.S. has increased in recent years, with researchers at the Williams Institute at the UCLA School of Law estimating there were 1.4 million transgender people as of 2016, which is about ​​0.6% of U.S. adults and double the number reported a decade prior.

Another study conducted by researchers at the Williams Institute at the UCLA School of Law in 2017 estimated there are about 150,000 American youths who identify as transgender.

Though there aren’t firm numbers on how many transgender individuals give birth in the U.S. each year, a Rutgers University study estimated in 2019 that “that unintended pregnancies occur in up to 30% of transgender men.”

The issue of transgender health care has been at the forefront of political debate in recent months. Assistant Secretary for Health Rachel Levine, the highest-ranking transgender person in the U.S. government, recently received pushback for a blanket claim that “there is no argument” about “gender-affirming care” among pediatricians and doctors who specialize in adolescents. A handful of Republican governors have signed legislation on transgender issues, such as South Carolina Gov. Henry McMaster signing a law requiring students to compete in sports leagues based on their gender at birth.

“The onslaught of anti-transgender state laws attacking you and your families is simply wrong,” Biden said in a video message on Transgender Day of Visibility in March. “This administration is standing up for you against all these hateful bills. And we’re committed to advancing transgender equality in the classroom, on the playing field, at work, in our military and our housing and health care systems.”