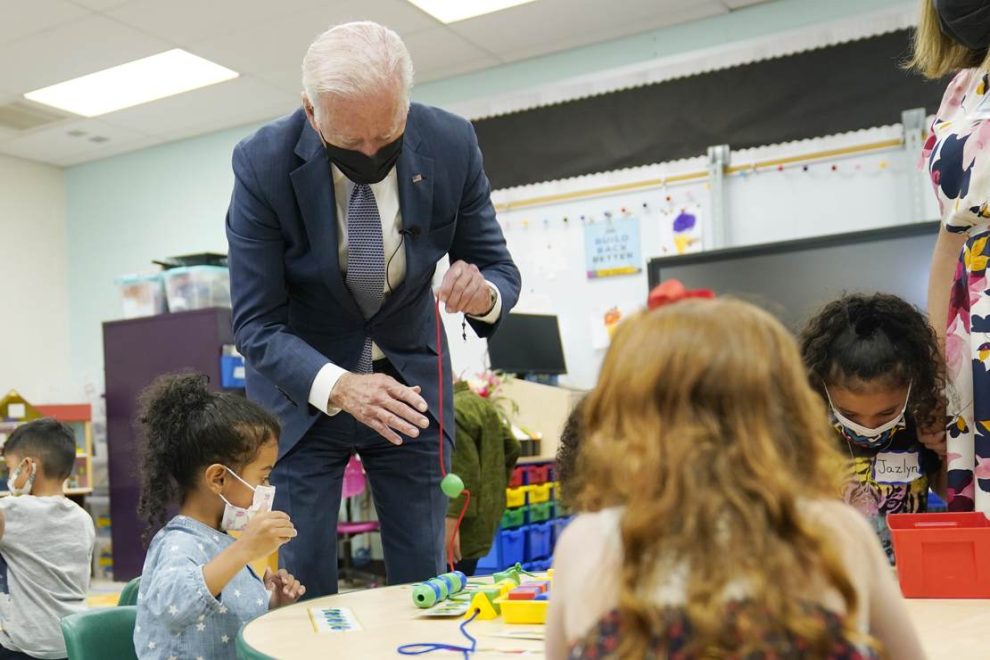 Democrats have got nothing to run on for re-election. And that’s eating at the politicians who’ve been casting about for a catchy slogan that would fit on a bumper sticker and sweep the country.

Originally, the Biden people thought that “Build Back Better” would carry them to victory. But it’s become apparent that BBB is the punchline to a joke and wouldn’t be useful.

Some Democrats hit upon the brilliant slogan “Democrats Deliver!” but the White House polled the tagline and found it came in near the bottom of other suggestions.

Given what Democrats have “accomplished” so far, Republicans could easily make a mockery of that slogan. “Deliver what?” they might counter. Aside from pandemic relief bills that unleashed massive inflation, what have the Democrats done?

“Democrats have kept us out of the war” is a slightly dated option, considering both Wilson and FDR used it in their campaigns.

Democrats are pleading with him to come up with a sharper message. With inflation hitting another 40-year high and gas prices spiking because of the boycott on Russian oil, they remain angst-ridden about their prospects in the fall, in large part because the president’s approval ratings remain in the 40s, and even lower in some pivotal states, even after a recent bump.

Democrats who once thought the key to their political success would be beating back the pandemic and restoring the economy are deflated to find that falling coronavirus positivity rates and rising employment numbers — and even foreign policy leadership — have barely moved public opinion.

Biden’s biggest problem is his far-left, radical, frothing base that demands nothing less than revolution and throws a tantrum when they don’t get one. This makes any slightly less-radical ideas he might propose — on prescription drug savings, for example — sound bat-guano crazy.

The president’s advisers point to the State of the Union address — which emphasized pragmatism over bold progressive goals — as a blueprint for his message in coming months and note that, according to their research, cutting drug costs was among the most popular proposals in the speech.

They also are considering a handful of executive orders that would please their base, on matters including the cancellation of some student loan debt, and are determined to enact legislation lowering the costs of prescription drugs, according to Democrats familiar with his plans.

But Biden won’t be able to issue an executive order reducing inflation. And until he can address the one issue uppermost in the minds of almost all Americans, he and his party are likely to be slaughtered in November.