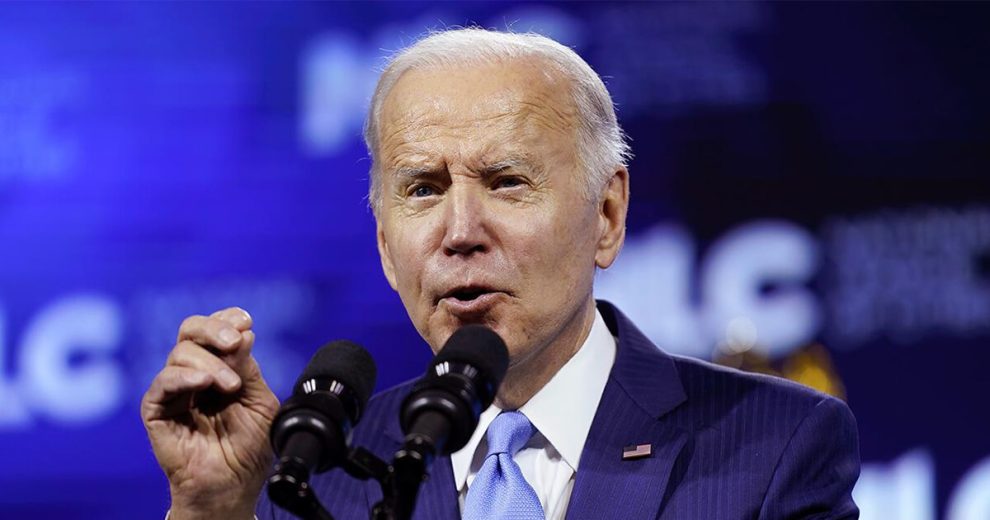 President Joe Biden has all but embraced Beelzebub in a last-ditch effort to shore up Democrats facing a bloodbath on Election Day.

Biden on Monday made a hard sell on “gender-affirming” treatment of transgender kids, saying any attempt — by, say, parents of minor children — to stop treatment is “outrageous” and “immoral.”

“As a moral question and as a legal question, I just think it’s wrong,” Biden told a panel of social-media influencers.

But Biden’s view differs from most Americans. Some 60% think gender is determined by sex at birth, according to a poll by Pew Research. And as Biden and Democrats have pushed transgender surgeries on children, that view is growing, up from 56% in 2021 and 54% in 2017.

That doesn’t matter to Joe. He’s already given up to a trillion dollars of taxpayer money to young people in an attempt to win (buy) their vote, and now he’s pandering to a group of people that account for just half of 1 percent of all Americans.

Biden, who does many of his presidential functions virtually (to keep him from getting lost while leaving the stage), appeared on the NowThis News presidential forum with transgender TikTok “star” Dylan Mulvaney. She asked the president if states should have the right to regulate sex-change surgeries for children.

“I don’t think any state or anybody should have the right to do that,” Biden said before making his “immoral” declaration.

But he’s clearly forgetting that his administration’s guidelines are truly immoral. In 2016, Biden’s boss, Barack Obama, told doctors they could not refuse to perform gender-reassignment surgery on children if it is recommended by a “mental health professional.”

The move drew blowback from Republican lawmakers. Rep. Marjorie Taylor Greene (R-GA) said on Twitter that “Joe Biden thinks it’s wrong to stop the profit driven medical industry from cutting breasts off 15 yr old girls and castrating teen boys before they are old enough to legally get a tattoo or vote.”

“Democrats are the party of child abuse,” she said.

In his desperate attempt to win votes for his fellow Democrats, Biden is embracing something many Americans oppose. At least 15 states have introduced bills to enact restrictions to what Democrats are now calling “gender affirming” surgeries, according to a Freedom for All Americans tracker.

After Walsh’s reports, VUMC suspended all “gender affirmation surgery” on underage patients pending a review of their processes.

Most pollsters now project Democrats are going to get blown out in the November 8 elections. And it’s clear that Biden is trying anything he can to keep that from happening — even if it means endorsing the mutilation of children.