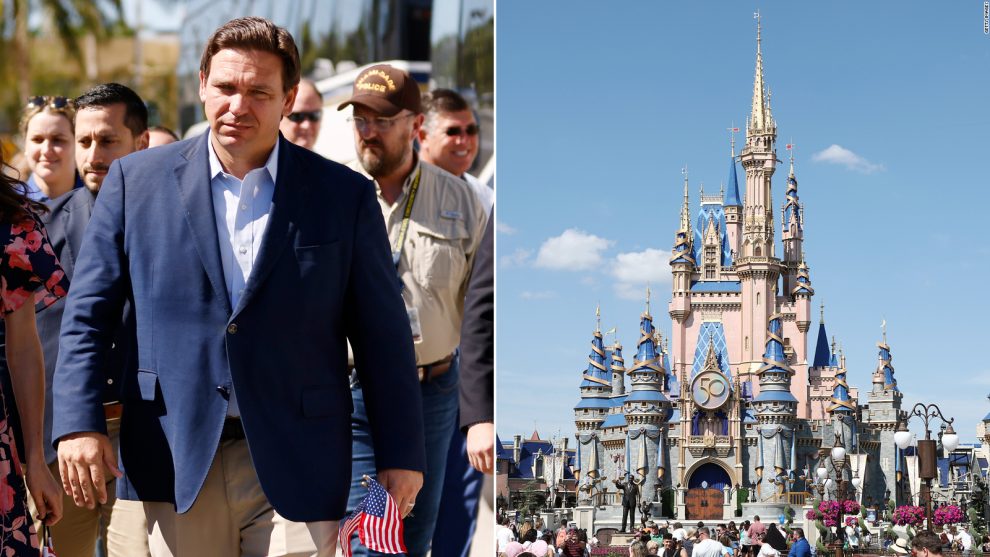 Amid concerns Florida taxpayers might have to bear the cost of Florida’s move to strip Disney of its special tax privileges, GOP Gov. Ron DeSantis’ office is vowing the state has plans to protect the taxpayers.

”About the Reedy Creek special district: Disney will pay its fair share of taxes,” DeSantis spokeswoman Christina Pushaw tweeted Thursday. ”Floridians, including residents of Orange and Osceola Counties, will not be on the hook. Do not fall for another partisan political lie being amplified by media. More to come…”

Her tweet linked to a longer statement saying more plans from the governor’s office will come, as she called out faulty logic of ”partisan politicians and their stenographers in the press” who are ”making unsubstantiated statements that do not stand up to basic logic.”

If Disney were not going to bear the brunt of the cost of the removal of its long-held special tax privileges, it would not have objected to the state-passed move, Pushaw asserted.

Reedy Creek, 27,000 acres in Florida where Disney had its special tax privileges, was set up in 1967 as the media and entertainment conglomerate sought independence to plan its theme parks in the Orlando area.

The fallout came about when Disney publicly rejected DeSantis’ move to restrict topics of sex and gender dysphoria that were not ”age appropriate or developmentally appropriate” for public school students in kindergarten through third grades.

Reports had suggested that the battle over the dissolution of special tax privileges for the Disney-controlled areas of Florida would potentially shift a debt and tax burden to taxpayers in surrounding counties in Florida.

Earlier this month, Reedy Creek told investors that dissolving the special tax district “limited and altered” its ability to improve and maintain its project and collect charges and taxes, meaning Florida violated its pledge to bondholders,

The state acted to dissolve the special designation and status for Disney as it and the entertainment titan feuded over new legislation that restricts discussion of LGBT issues in school.