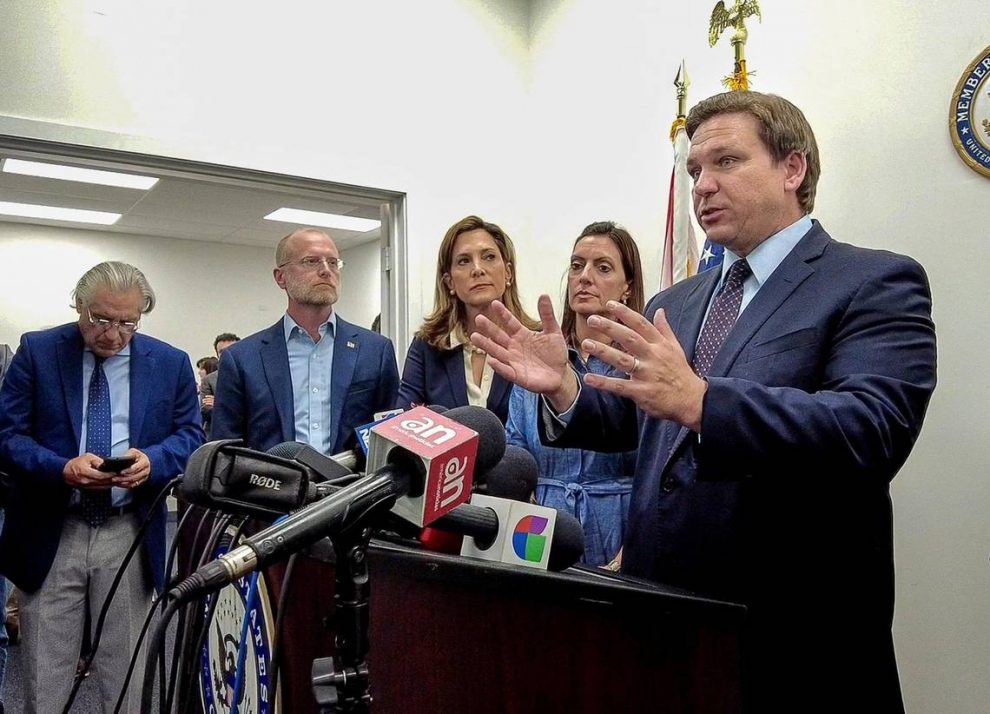 Amid protests in Cuba over food and energy shortages, blackouts and economic struggles, Florida GOP Gov. Ron DeSantis is calling on President Joe Biden to authorize the U.S. to beam internet access for the Cuban people.

“I write to urge you to assist in providing Internet access to the people of Cuba standing up against communist oppression and demanding a voice after decades of suffering under the yoke of a cruel dictatorship,” DeSantis wrote in a letter Thursday to Biden.

DeSantis appeared at a news conference Thursday at the office of Rep. Maria Salazar, R-Fla., with FCC Commissioner Brendan Carr, with the trio noting they have the power to send internet access to Cuba if the White House gives them the “green light.”

“President Biden’s lukewarm response is unacceptable,” Salazar said. “He cannot say he supports the Cuban people in Cuba, the Cuban American community that I represent in the city of Miami, without clear actions. While the Cuban people protest, their regime has cut off the internet. They don’t want the world to see the atrocities of socialism and communism. We must restore internet on the island, information is power.

“America invented the internet, and we know how to amplify it. The solutions are out there and he has them. We need President Biden to have the will to act and give green light to implement these technologies.”

Many Republicans are calling on the administration to support Cubans speaking out against communism and socialist ills in their country.

“I urge you to act immediately to provide all necessary authorizations, indemnifications, and funding to American businesses with the capability to provide Internet access for the people of Cuba,” DeSantis’ letter concluded. “Steps must be taken immediately.

“Internet access for the Cuban people is of critical importance as they stand up against the repressive Communist government. In the hands of these brave individuals, such access may be the key to finally bringing democracy to the island.”

DeSantis noted that internet access restrictions are one of the myriad ways the Cuban regime silences dissent.

“As you know, the Cuban people are taking to the streets to protest the Communist regime, and the Cuban government has responded with violence,” DeSantis’ letter read. “At first, the world could see the images and videos of this mass movement, but now the tyrannical regime of President Miguel Díaz-Canel has shut off access to the Internet.

“The Cuban people have lost their ability to communicate with one another, and many Floridians born in Cuba have no information on the safety of their loved ones. Equally as important, the world has also lost the ability to see what is happening on the ground as the Cuban people rise in support of freedom.”

Carr, the leading Republican on the Federal Communications Commission, also spoke at the news conference, noting “the very first move” dictatorial regimes make is to “shut down the internet” to keep anti-government protesters seeking liberty from getting “that message out.”

“This is a moment in our history where we simply cannot sit on our hands and let pass by,” Carr told reporters. “Every single minute there are people getting brutally beaten by the dictatorial regime just 300 miles from where we are right now.

“The one thing that communist leaders like least is the attention and the spotlight of the international world, and that is what the power of internet connectivity is. This is one of the greatest inventions that America has ever had.”

Reopening the internet in Cuba “is not a technological problem,” Carr added.

“We can start that process now,” he continued. “What we need is a clear signal from the Biden administration they will back those efforts. We need some authorizations. We need some clearances; State Department, DOD may need to be involved, but if President Biden says he is behind this effort, I have no doubt that American free enterprise can move mountains and get this done.” 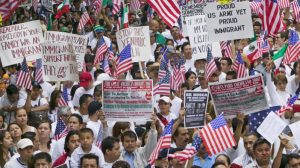 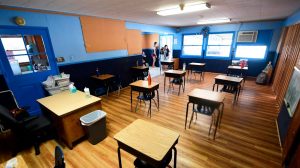 Chrissy Teigen Says She Feels Like ‘Utter S**t’ After Years of Cyberbullying Exposed
74,000 Ballots Returned with No Record of Ever Being Sent: Shocking AZ Audit Update