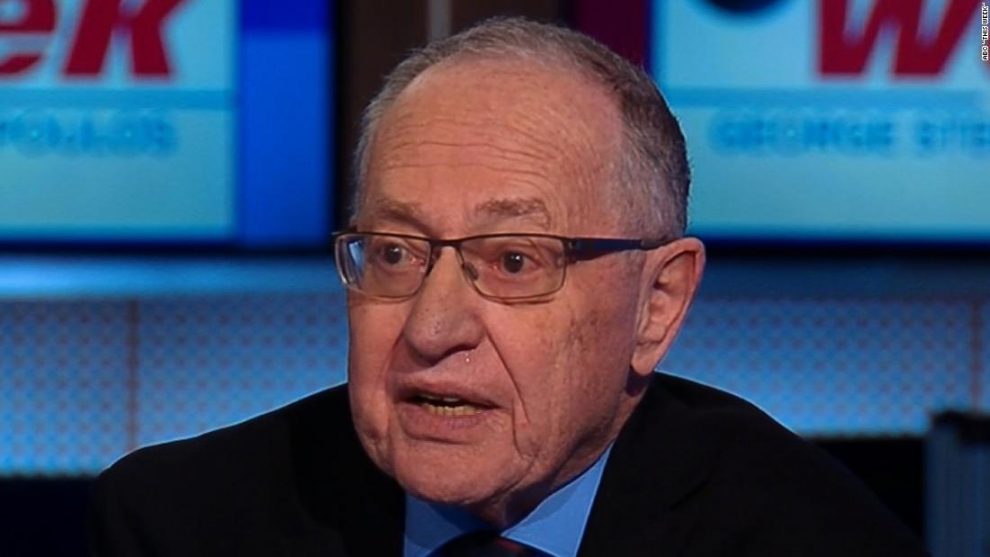 Harvard Law Professor Emeritus Alan Dershowitz compared the United States to a banana republic for the search warrant carried out by federal investigators at the Manhattan apartment of Rudy Giuliani.

Speaking Sunday on “The Cats Roundtable” radio show hosted by John Catsimatidis on WABC 770 AM, Dershowitz said he has agreed to represent Giuliani and is “very upset” about what’s happening to the former New York City mayor and personal lawyer to former President Donald Trump.

Dershowitz stressed that “You don’t use search warrants when people have privileged information on their cell phones and in their computers. You use a subpoena. The difference between a subpoena and a search warrant is like night and day.”

He insisted that “It’s just not constitutional. That’s why when Rudy called me… I said sure, I’ll help out. I’m in favor of the Constitution.”

Dershowitz contended that, “I think the government made a serious mistake here when they went by search warrant. They gave Rudy Giuliani lots of legal arguments to make, arguments that I think he can prevail on. And it’s not just Rudi, its everybody.”

The former Harvard law professor conceded that “when Rudy Giuliani was the U.S. attorney, he sometimes went after people with search warrants. And I was critical of him back then. He was wrong then. He’s right now. He’s learned from experience. He’s on the right side now… He’s on the side of the Constitution. And I’m on his side. …”