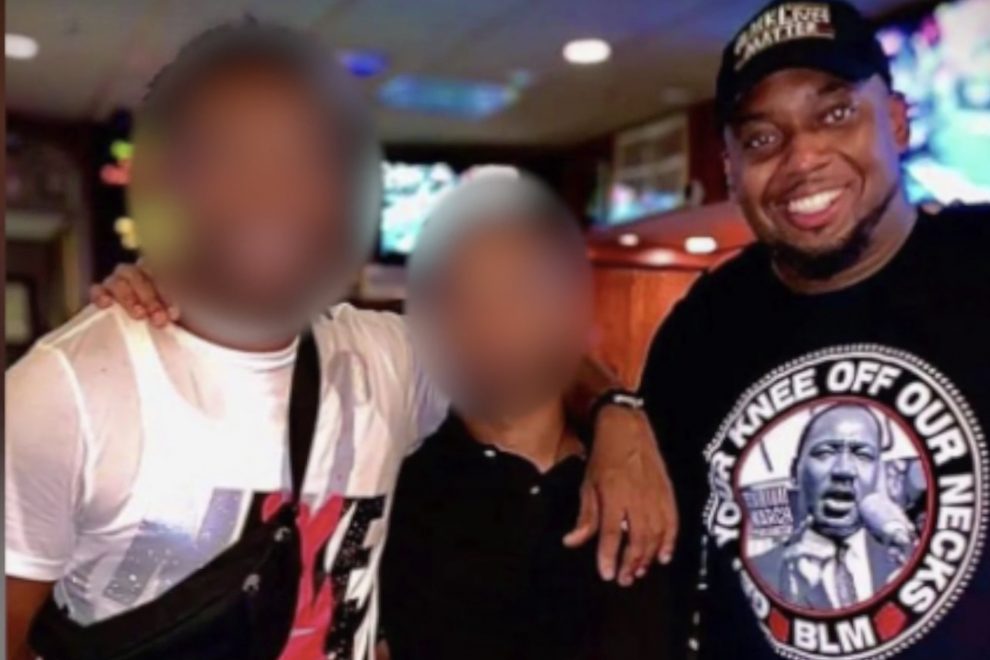 Chauvin juror Brandon Mitchell has said he doesn’t remember wearing or even owning a George Floyd-themed T-shirt, but it turns out he sported it more than once.

He wore the shirt, which says “Get Your Knee Off Our Necks/BLM,” during an Oct. 19 episode of “The Wholesome Podcast,” a dating-and-relationships show that he co-hosts, as shown on YouTube and flagged Wednesday on social media.

The apparent YouTube video of Mitchell’s podcast reportedly shows him (at left) wearing the T-shirt in question:

Mitchell said earlier this week that he did not recall wearing the shirt or owning it, after photographs surfaced on social media of his participation in a protest in Washington, DC, last summer, that was connected to Black Lives Matter.

Mitchell had claimed during jury selection that he had not attended such demonstrations, the Associated Press noted.

As Breitbart News reported Tuesday, Chauvin filed for a new trial, citing jury intimidation, prosecutorial misconduct, and alleged mistakes by the judge. The motion, by defense lawyer Eric Nelson, did not mention the new Mitchell revelations.

Chauvin was found guilty of murder and manslaughter in George Floyd’s death, and is waiting sentencing on June 25.

See also  Even Adam Schiff Is Flummoxed When Asked Why They Waited 18 Months if FBI Raid Was so Necessary
→ What are your thoughts? ←
Scroll down to leave a comment: