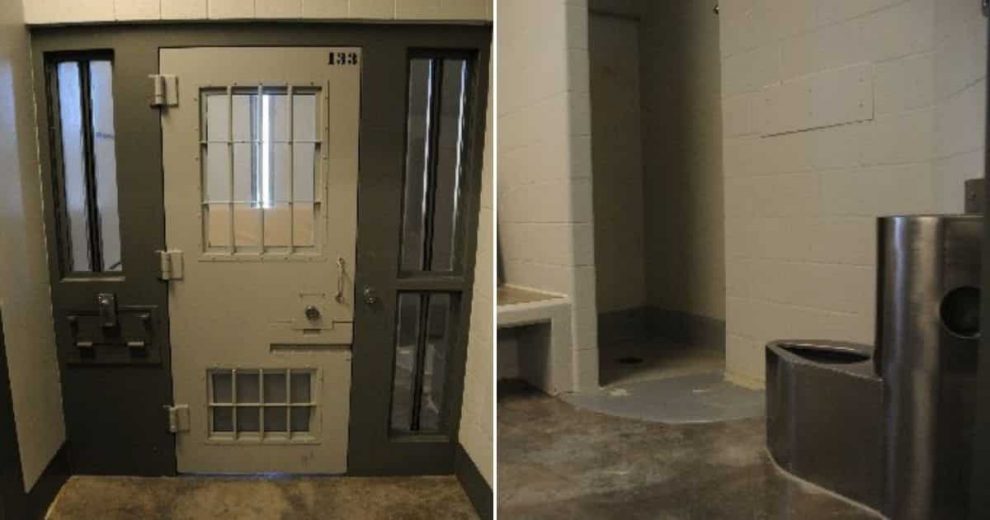 Chauvin, the former Minneapolis police officer who knelt on George Floyd’s neck last May, was taken to Minnesota’s only maximum-security prison in Oak Park Heights on Tuesday, The New York Times reported.

He will only be allowed out of his cell for one hour each day, during which time he is permitted to exercise.

June 16 was the date the court set for Chauvin’s sentencing, an anonymous source told The Times.

He resides in an isolated area of the prison due to safety concerns, Sarah Fitzgerald, a spokeswoman for the state prison system, told The Times. However, prisoners have often been placed in this isolated wing, the Administrative Control Unit, for punishment.

This is a cell similar to the one where Derek Chauvin is being held while in a restricted housing unit at the Minnesota Correctional Facility-Oak Park, a Minnesota Department of Corrections spokesperson tells CNN. pic.twitter.com/4grRuSVuLc

These prison cells are small and only consist of “a bench with a mattress pad, a combination toilet and sink, and a tiny shower,” The Times reported.

Prisoners are permitted necessities such as clothes, toiletries, and pen and paper, according to The Times. Books, magazines and newspapers are sometimes allowed, pending the prison’s approval.

The cells are under video surveillance and guards check in on the inmates every half an hour to ensure they are present and healthy, according to The Times.

A mental health expert is required to interview anyone held for more than 30 days, according to the Minnesota Department of Corrections website.

A total of 41 prisoners were residing in the isolated wing on Wednesday, The Times reported, which accounts for approximately 10 percent of the total number of inmates in the prison.

Chauvin, who had been free on bond since October, was ordered by Judge Peter Cahill to be taken into custody after the jury announced its verdict, The Times reported.

Chauvin will likely be sentenced to more than a decade in prison for each of the two most severe charges he was convicted of, second-degree murder and third-degree murder, CNN reported.

He was also convicted on a charge of second-degree manslaughter.

However, Minnesota sentencing guidelines could result in Chauvin receiving a lesser sentence on those charges, since he does not have a prior criminal history.