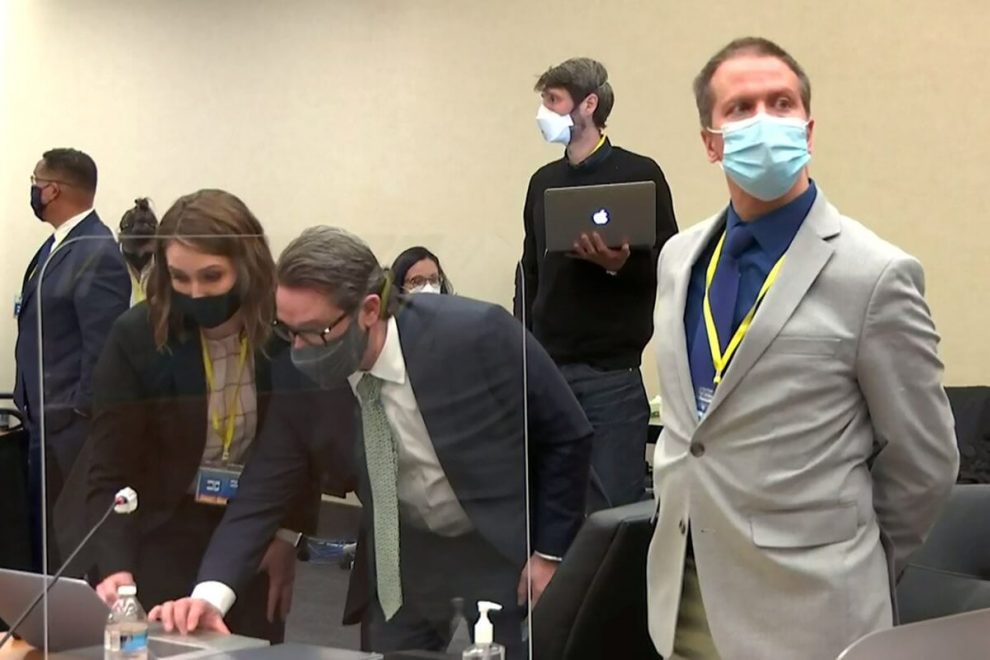 Following nearly a year of protest, introspection and raw emotion, former Minneapolis officer Derek Chauvin, who last May held a knee down on George Floyd’s neck for more than 9 minutes, has been found guilty of second-degree murder and two other charges in Floyd’s death.

The verdict was read in Hennepin County court just after 4 p.m. Thursday. It took the jury roughly 10 hours of deliberation to reach their verdict — about four hours Monday afternoon and evening, and another six hours Tuesday starting at 8 a.m.
Chauvin faces three charges:

The White House has been preparing for this moment for weeks. Plans are being put into motion for President Biden to address the nation – and the world – following the verdict. “You will hear from the President as soon as it’s appropriate,” an official tells me.

The jurors heard closing arguments in the trial of Derek Chauvin Monday. The two sides split most significantly on the cause of death. The prosecution argued that all the law requires is that the prosecution prove beyond a reasonable doubt is that Chauvin’s knee restraint was a “substantial cause” of Floyd’s death.

The defense stressed that Chauvin did what any reasonable officer would have done and said it was wrong to look only at nine minutes and 29 seconds when Floyd was on the ground.

In a departure from how he has looked throughout the trial, Chauvin was maskless and looked directly at his attorney throughout the three-hour defense closing statement. For the rest of the testimony and the prosecution closing he was head down, masked and taking extensive notes.

While Nelson’s summation was lengthy, it was also complex. And that may be why Blackwell came back with this statement in his rebuttal argument. He said this case is not that complicated and that, in the state’s view, Chauvin caused Floyd’s death.

The line he left the jury with was this: “You were told, for example, that Mr. Floyd died because his heart was too big. You heard that testimony. And now having seen all the evidence, having heard all the evidence, you know the truth. And the truth of the matter is that the reason George Floyd is dead is because Mr. Chauvin’s heart was too small.”

Since the trial began last month, the prosecution called 38 people. The defense called seven people to testify in court. Chauvin was not one of them; he invoked his constitutional right not to testify. It was a decision that came without the jury present.

If there is a conviction, next comes the determination about whether any aggravating factors existed.

The first possible aggravating factor is whether the victim was “treated with particular cruelty.” The second is if a child was present. Witnesses at the scene and who testified included two teens who were 17 at the time, as well as a 9-year-old.

“If they find aggravating factors the judge could go all the way up to the statutory maximum, which for count one is up to 40 years, count two up to 25 years, and count three up to 10 years,” attorney Joe Tamburino told WCCO.

If Chauvin is acquitted, he still could face federal criminal civil rights charges. A grand jury has been meeting to consider those charges, and if he were to be charged and convicted in federal court, that sentence could be up to life in prison.