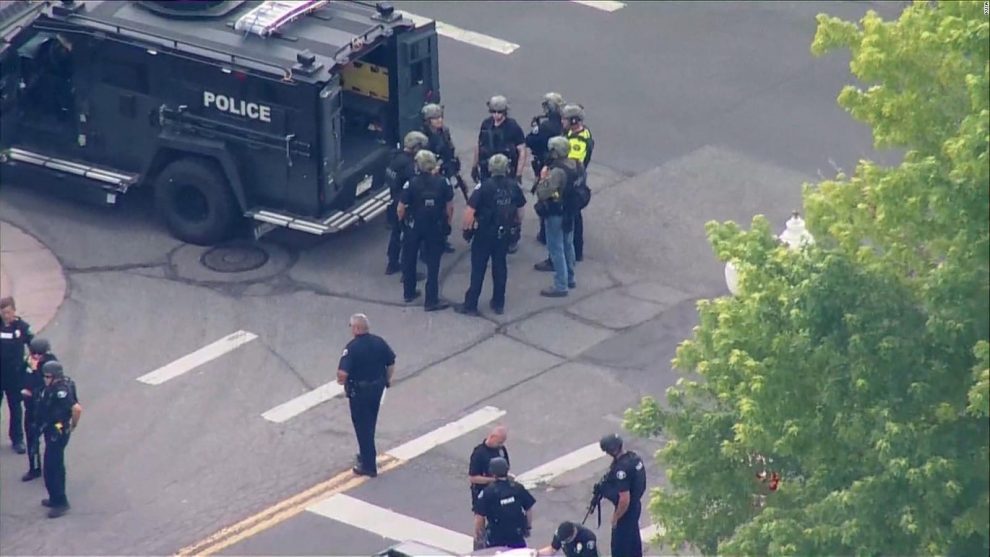 Someone forgot his training.

The 4 universal rules of gun safety:

Treat all guns as if they’re loaded.
Never let the muzzle point towards anything you are not willing to destroy.
Keep your finger off the trigger until your sights are on target and you need to shoot.
Be sure of your target and what’s beyond it.

Denver cops opened fire on a suspect in a crowded area after the man had tossed a gun aside, shooting the suspect along with six other innocent bystanders. Read full story. https://t.co/IvibJlKe3l #USA #news #Headlines #PoliceBrutality pic.twitter.com/0CgGcXWLWG

Pinac News has the full story:

Denver police said the man pointed a gun at them, prompting two officers to open fire.

… One of the innocent victims told Westworld that police told him afterwards he had been shot by the suspect, not police. But the suspect never fired a shot.

“I did ask them if they found the suspect, and they kind of made it seem like it wasn’t the police who’d shot me but the suspect — at least that’s how I understood it,” said Yekalo Weldehiwet, who still has a bullet in his arm.

“The next day, when the reports came out, that’s when I understood it wasn’t actually the suspect who fired, but the police. And I had a lot of questions as to why the police would be part of a mass shooting near a crowd full of people after all the training they’ve completed.”