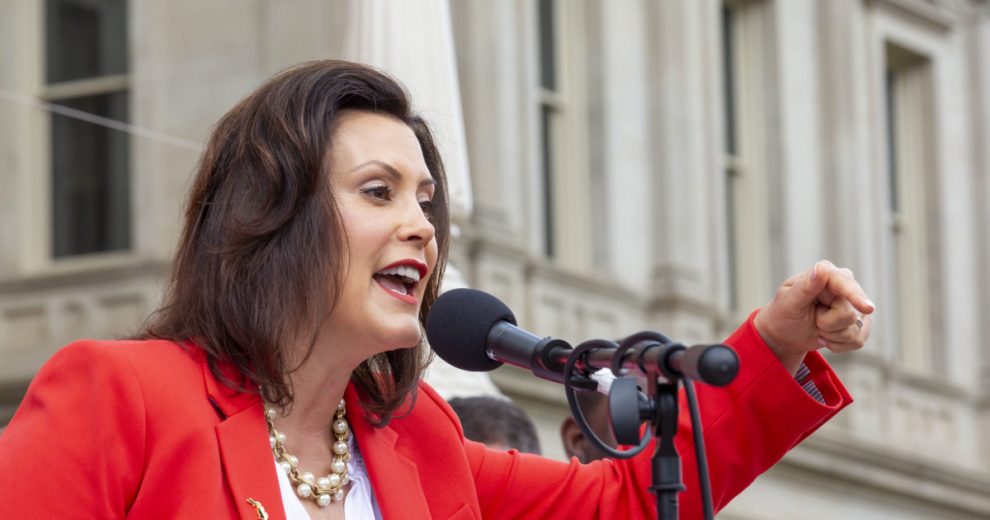 Some of you might remember Bill Cosby’s show, “Kids Say the Darndest Things,” where the comedian filmed candid conversations with children, resulting in hysterical moments.

I’m pitching a new show: “Dems Say the Stupidest Things.” Because give them a microphone, and they will.

There have been at least 135 debates this election cycle, and even the most ardent political junkie wouldn’t have been able to watch them all to find out what ridiculous things Democrats have thrown out there. Lucky for you, RNC Research—the White House’s least favorite Twitter account—has compiled the top moments, and we’re now bringing them to you.

Let’s start with one of the greatest whoppers of all time:

Michigan Democrat Gov. Gretchen Whitmer claimed kids were only out of school in Michigan only “for three months.”

As Whitmer’s Republican opponent Tudor Dixon pointed out, there was an “audible gasp around town” when the Michigan governor dropped this alternative fact. The reality is, many schools in Michigan were shuttered for well over a year, and it’s not like it was a secret. Give Whitmer an “A” for sheer gall.

Moving on, New York Governor Kathy Hochul may have destroyed her own campaign in just one incredible, tone-deaf statement to her opponent, Republican Lee Zeldin: “I don’t know why [talking about crime] is so important to you.”

New York Democrat Gov. Kathy Hochul told her Republican opponent: “I don’t know why [talking about crime] is so important to you.” #NYGovpic.twitter.com/Cz6VTMSQzk

Hochul’s admission is breathtaking. People are routinely getting thrown in front of subway cars and raped while jogging in New York City, but the state’s governor would rather you pay attention to abortion, the assault on democracy, green energy or whatever it is that she thinks is more important than, you know, your actual survival. Tuesday might bring a very unpleasant wake-up call to Ms. Hochul.

Here’s a rich one: Connecticut Senator Richard (“Da Nang Dick“) Blumenthal thinks sky-high gas prices, the diesel shortage, and our energy woes really aren’t that important and surely nothing Democrats did could have caused it:

(If Biden hadn’t canceled it on day one, the pipeline would’ve been operational in just a few months) #CTSenpic.twitter.com/IM7gINBoJM

I can tell you that to New Englanders already facing heating oil rationing, energy woes are a lot more than a “distraction.” A pipeline that would have been operational by now sure would have been nice.

Oh, there’s more, so much more, but we can’t bring every single crazy utterance made by Democrats; there are simply too many. We can’t leave you, however, without mentioning our favorite candidate comedian, Texas gubernatorial hopeful Beto O’Rourke, who polls show is getting crushed by current Governor Gregg Abbott by a margin of 53-40 percent. Moments like this might have something to do with his lack of appeal:

But in June 2020, O’Rourke said “I really love" the idea of defunding the police and “in some necessary cases, completely dismantling those police forces.” #TXGovpic.twitter.com/ZgmgMv4ljk

Try to remember in the future, Beto—they’re actually recording what you say.

The American people are noticing the silliness coming out of Democrats’ mouths, and if the polls are anywhere near accurate, the blue party is about to get seriously whooped in the midterms. Be sure to check out the rest of the epic RNC Research thread to get your fill of even more ridiculous takes from the party that claims to have all the adults in the room.

While some of their statements are so ludicrous that they’re funny, we must continue exposing who they are and what they stand for.