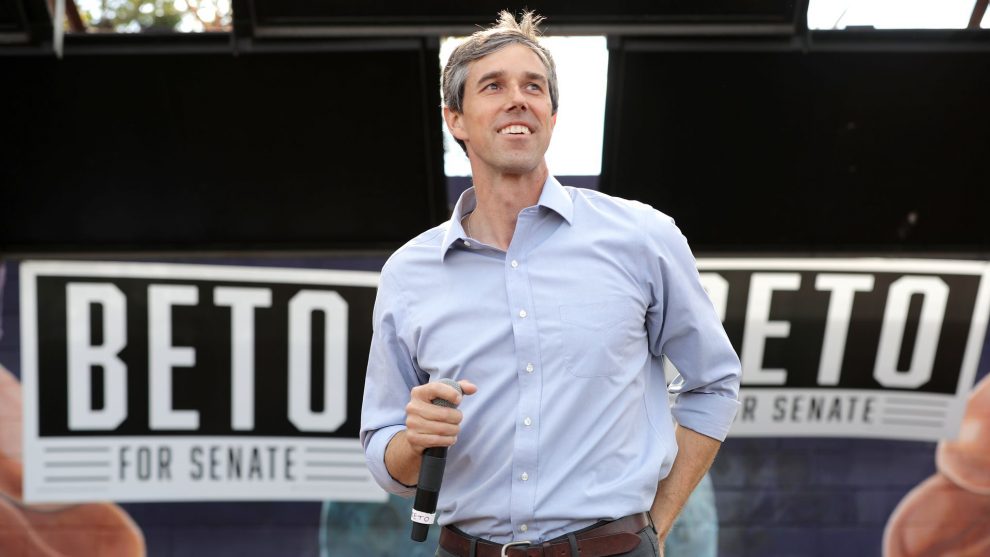 As I’ve noted in the past, Beto O’Rourke has only two notable accomplishments under his belt: getting away with fleeing the scene of a drunk-driving accident, and getting away with transforming himself from a white dude into a Latino. He couldn’t win a literal popularity contest against Ted Cruz — I repeat, Ted Cruz — but he won the hearts of his most important constituency. No, not women or minorities or the LGBTQRST community. The press! They love this guy. They can’t get enough of him. Seems like every week there’s another glowing, worshipful magazine profile of Beto. Did you know he was in a rock band? Did you know he can stand on a moving skateboard for seconds at a time without falling off? Did you know he sweats a lot, but in a cool way? Did you know he seems like he’d be a really interesting guy to hang out with? Etc. For all their talk about diversity and inclusion and intersectionality, a lot of Democrats really just want yet another white dude telling them what to do.

I’d call Beto an empty suit, but he doesn’t like to wear suits. He’s just an empty sweat-soaked periwinkle dress shirt with rolled-up sleeves. He’s non-threatening. He’s irresistible to the #Resistance. He’s Not Trump, in a subtly different way than the several dozen other Not Trumps running in 2020. Are you sure we can’t interest you in this particular flavor of Not Trump?

“I don’t wanna do it. I will not do it… Our family could not survive more of that.”

I admire Beto’s passionate commitment to his family over the rigors of another political campaign, and by the way, that was just a bunch of crap: