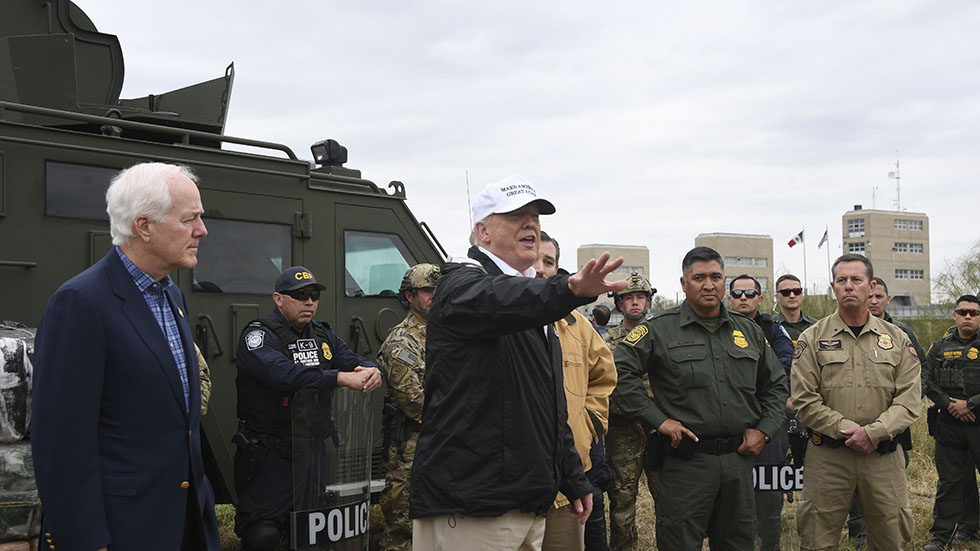 President Trump on Thursday sent strong signals that he is prepared to declare a national emergency in order to get his border wall built.

But it’s unclear whether he has the authority to use presidential emergency powers to obtain federal funding without congressional approval.

Legal experts say the law could be interpreted in different ways depending on what steps Trump takes. But they agree that whatever move he makes is likely to set the stage for another high-profile courtroom battle, one that could very well come before the Supreme Court.

Here’s what you need to know.

What constitutes a national emergency?

“The statute is so broad it literally doesn’t have a standard,” said Bobby Chesney, a professor at the University of Texas School of Law.

That could give Trump the upper hand, at least initially.

Other experts note that courts often defer to the president when it comes to matters of national security.

For example, when the Supreme Court last year ruled on Trump’s travel ban, a majority of justices said the president had made a plausible argument that the policy was needed for national security reasons, even though he had called it a “Muslim ban.”

Trump said this week that if he “can’t make a deal with people who are unreasonable” he will declare a national emergency, calling it his “absolute right.”

But he also said there is a “humanitarian and security crisis” at the southern border. In his prime-time address Tuesday from the Oval Office, Trump said the “southern border is a pipeline for vast quantities of illegal drugs,” including 90 percent of heroin that’s killing Americans.

That contrasts with a 2018 report from the Drug Enforcement Administration that said only “a small percentage of all heroin seized” by Customs and Border Protection “along the land border was between Ports of Entry.”

“How does a court react to something they know is false?” asked Harry Litman, a former U.S. attorney who teaches at the University of California, San Diego and UCLA School of Law.

Courts typically don’t want to be in the business of second guessing a president’s judgment, Litman said, while noting that this time could be different.

The outcome will set an important precedent for courts to follow if similar disputes arise in the future.

Who could challenge the declaration in court?

To have standing in court, a plaintiff would need to show they have been injured by Trump’s emergency declaration and that their injury could be rectified by a favorable decision from the court.

Chesney wrote in a Lawfare blog post this week that House Democrats could try to bring a case, but he noted that legislative standing is often difficult to establish.