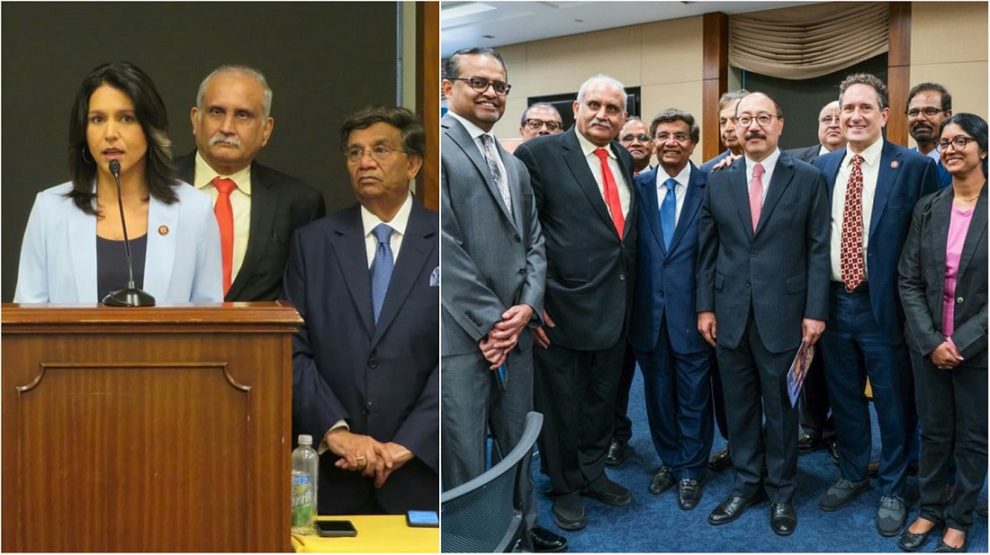 Democrats are vowing to move forward with immigration reform if presumptive nominee Joe Biden is elected president and the party also takes back the Senate in this fall’s elections.

The prospect would set up a bruising battle in Congress next year, one that Democrats shied away from in 2009 and 2010, after Barack Obama won the presidency in 2008 and Democrats expanded their Senate majority and controlled the House.

It also underscores the stakes for the 2020 election. Polls show that Biden has built a lead nationally and in swing states, and Democrats increasingly like their chances of winning back the Senate majority.

Sen. Bob Menendez (D-N.J.) said immigration reform legislation “should be” at the front of the Democratic to-do list should control of the Senate flip, while Senate Democratic Whip Dick Durbin (Ill.) was more definitive.

Durbin noted that Biden and Senate Minority Leader Charles Schumer (Ill.) have both pledged to make immigration reform the first issue raised after a successful November.

“They’ve all said it’s first up,” Durbin said in remarks before the Senate left for the July 4 recess.

“It’s definitely on the agenda,” said Menendez, who said it would help the economy.

“Billions more for the economy, Social Security, the wages of all Americans rose. On an economic basis alone, it was a compelling issue,” he added.

Biden last month promised “on day one” of his presidency to “send a bill to Congress that creates a clear roadmap to citizenship for Dreamers and 11 million undocumented people who are already strengthening our nation.”

There has been little public discussion of Democrats plans for immigration reform in 2021.

This is partly because the focus has been on the coronavirus pandemic and calls for police reform, but political considerations are a part of the atmosphere. Talking up plans to push a path to citizenship for 11 million unauthorized immigrants living in the country could give Trump, whose approval rating is hovering around 40 percent, a chance to go on the offensive.

The president made illegal immigration one of his top issues in the 2016 campaign and won a legal victory last month when the Supreme Court ruled 7 to 2 to allow the administration to expedite deportations of asylum seekers.

Democrats need to gain three seats and capture the White House to regain the Senate majority. Republicans hold 53 seats currently but have to protect 23 seats up for re-election while Democrats only have to defend 12.

Menendez, a member of the bipartisan Gang of Eight that negotiated the 2013 Senate immigration bill that passed with 68 votes, said it can be a template for legislation next year.

“Not too many issues here of such controversy gets [68] votes. A lot in there should be revisited,” he said.

Senate Judiciary Committee Chairman Lindsey Graham (R-S.C.), another member of the 2013 Gang of Eight, says he’s willing to work with Democrats again on a comprehensive immigration reform bill if he wins re-election in November.

Like Menendez, Graham says the 2013 bill, which would have provided a path to citizenship for 11 million immigrants and would have protected immigrants who came to the country as children from deportation, could be a template for negotiations next year.

“I want to solve a broken immigration system. I’m proud of the efforts of the past. I’m not giving up on this. God knows we need a better immigration system and the 11 million, we’ll treat them fairly,” he said.

He said the 2013 bill “worked for me” though he also acknowledged “things have changed” in the past seven years.

Frank Sharry, the founder of America’s Voice, which supports putting 11 million undocumented immigrants on a path to full citizenship, however, says the concessions made to Republicans in the 2013 immigration bill may no longer be on the table.

“With respect to legislation, I think most advocates think the idea of a bipartisan and comprehensive approach is a failed strategy of the past, not a priority for the future,” he said. “How many times have we been through this?”

“Let’s focus on what we really need to get done, which is a path to citizenship for 11 million people,” he said.

Sharry acknowledged focusing on a path to citizenship for immigrants is likely to face stiff Republican resistance and said Democrats should consider eliminating the filibuster if necessary to allow immigration legislation to pass with less than 60 votes.

“It probably only happens if the filibuster is done away with,” he said. “Let’s say Democrats have 52, 54 seats, even, in the Senate, the idea of Lindsey Graham of corralling another eight or nine votes to get well over 60 — I don’t see it happening.”

“It’s path to citizenship with Democrats only. If Republicans vote for it, terrific. But if they don’t, no problem,” he said.

He also raised the possibility of passing immigration reform with a simple majority under the Senate’s special budget reconciliation process, which Republicans used to pass tax reform legislation in 2017.

The likelihood that the Congressional Budget Office would project a sizeable economic benefit from immigration reform could bolster arguments to the parliamentarian that such legislation should qualify for the special procedural pathway.

Sharry said that aside from legislation, advocates are going to be focused on executive actions Biden can take to reverse Trump’s immigration record of the past three and a half years.

“Number one, there’s a huge administrative overhaul agenda, given the way Trump and Stephen Miller used [the Department of Homeland Security] to inflict their cruelty on refugees and immigrants. That’s going to be a major theater of action — to both roll back and to move forward on how the immigration system functions on a daily basis,” he said.

A recent Supreme Court decision blocking the Trump administration’s bid to dismantle the Deferred Action for Childhood Arrivals (DACA) program, which protects an estimated 700,000 immigrants from deportation, has put immigration policy back in the spotlight.

Durbin last week asked for unanimous consent on the Senate floor to pass the American Dream and Promise Act, which would give DACA recipients, who are also known as Dreamers, a path to citizenship. The legislation passed the House. It would protect immigrants who came to the country illegally as children from deportation.

“We’re in a position at this moment where we have to act,” he said in a floor speech, highlighting immigrants who have served as essential workers during the pandemic.

Durbin’s request failed after Sen. Ted Cruz (R-Texas) objected, portending a partisan brawl over the issue if Democrats win back the Senate.

Democrats sent a letter to Senate Majority Leader Mitch McConnell (R-Ky.) in late June arguing the “Senate has a responsibility to consider legislation to protect the young immigrants who are eligible for DACA.”

“With Republicans in the majority, the United States Senate has failed to address our immigration challenges,” they wrote.

Schumer in a floor speech last week also praised immigrants who came to the country as children for playing critical roles during the pandemic.

“I love these kids and their families,” he said. “I’ve watched them on the front lines during the COVID crisis in New York risk their lives, even though they’re not allowed to be full Americans, to help.”